Saw a link to this on seloc about sport 160's, however it does say they can deal with the EFI ECU, dont know if it will help with any of the problems youre having.
Gav

That's interesting. Dan has a good press on on the forums, which is hard earned with all the keyboard warriors. I have spoken to him once when I had an Emerald in my Exige and he appeared to know his stuff.
Top

Good to know that there is a specialist company that may fix an EFI ECU, thanks for the tip.
I think the ECU itself on my car is fine.

I noticed that the newly fitted throttle cable may still have too much friction for the nearly 3.5 meters of length. The throttle position reported by the OBD scanner jumps in small steps upwards when slowly pushing the pedal to the floor. Fitting a new TPS didn't help either.
Next step will be to fit a new Exige S2 throttle cable and see if that helps.

EDIT:
Jonny, when you are talking to Dan could you ask him if they are able to remap the Exige S1 ECU. And it would be interesting to know what scanner tool they use to read out the Lotus specific settings.
Top

It was caused by a slightly sticking throttle cable.
Although the cable was a new teflon lined low friction bicycle cable it was not up to the job.

Now I switched to a new Exige S2 cable as other have done before. The drivability is now as it should be with fast dropping revs when switching gears. I'm very happy with the result. The only issue that still remains is a slight stutter when cruising at lower revs but this could be normal with such an engine.


I was able to use the S2 cable without major mods to the existing throttle linkage system. I just fitted an M5 8mm ball stud to the throttle lever and attached the Exige S2 cable end. The only thing is that the cable is slightly too long (20-30cm). 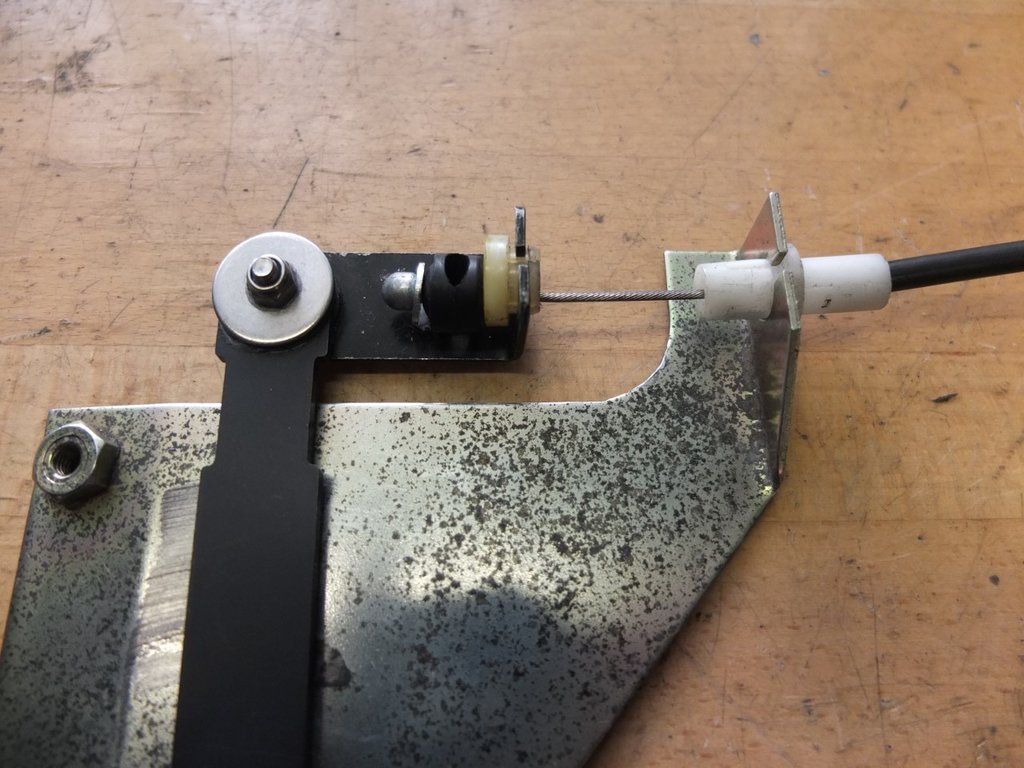 >>>> An Elise Parts upgraded throttle linkage has been fitted before: 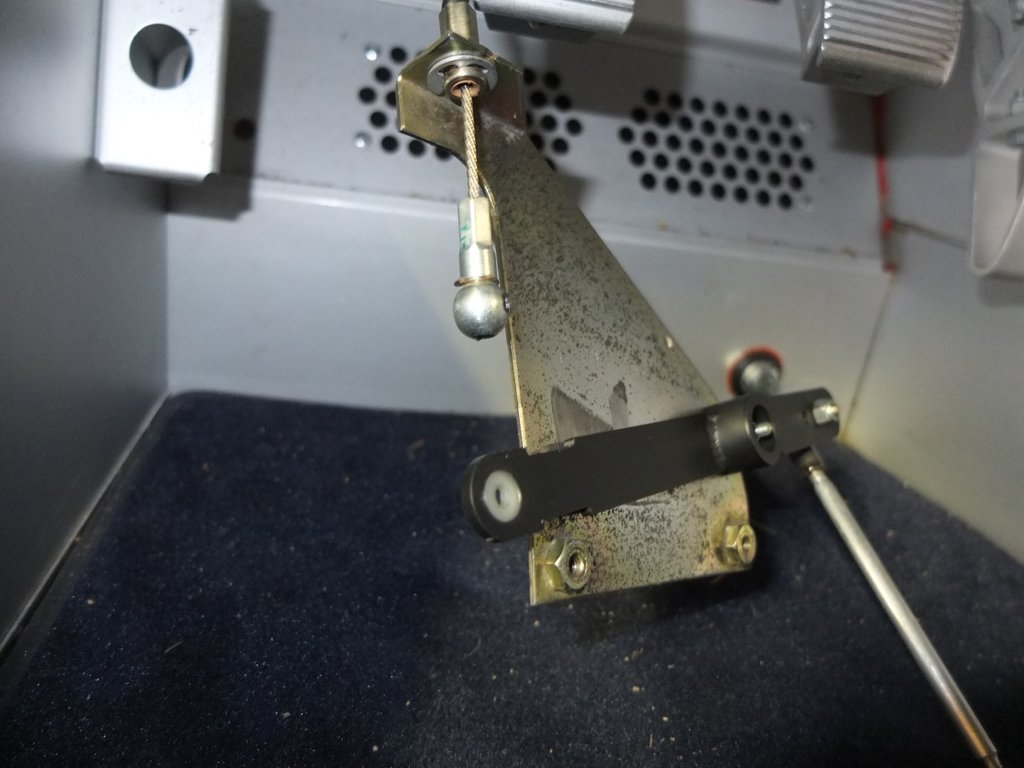 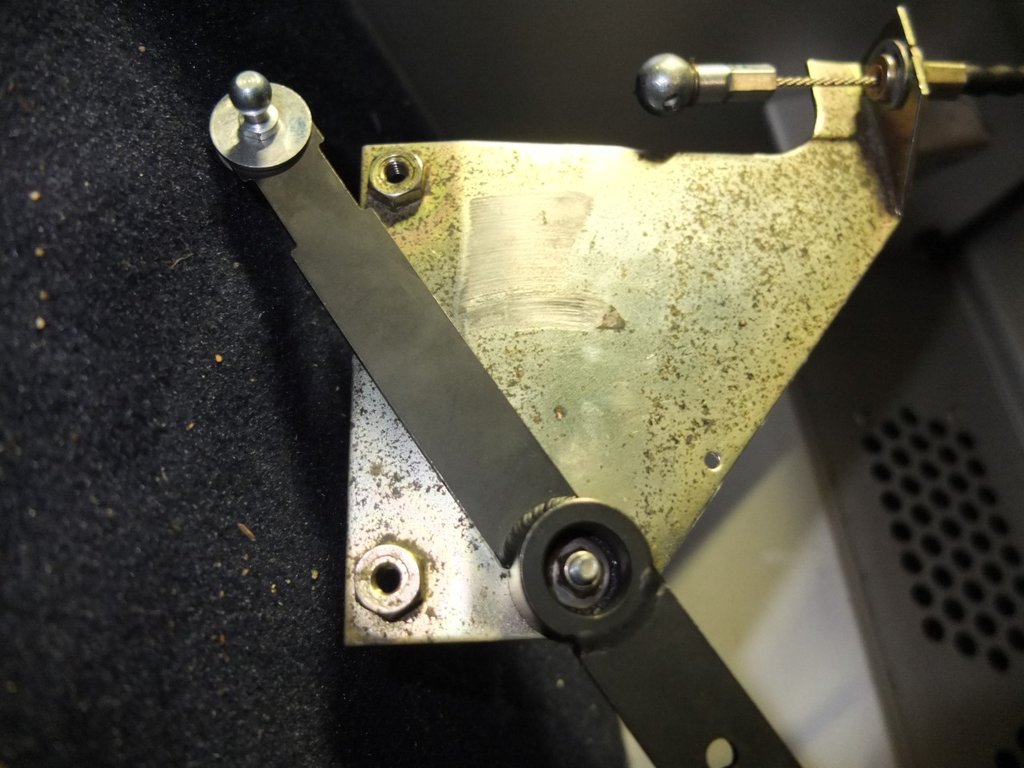 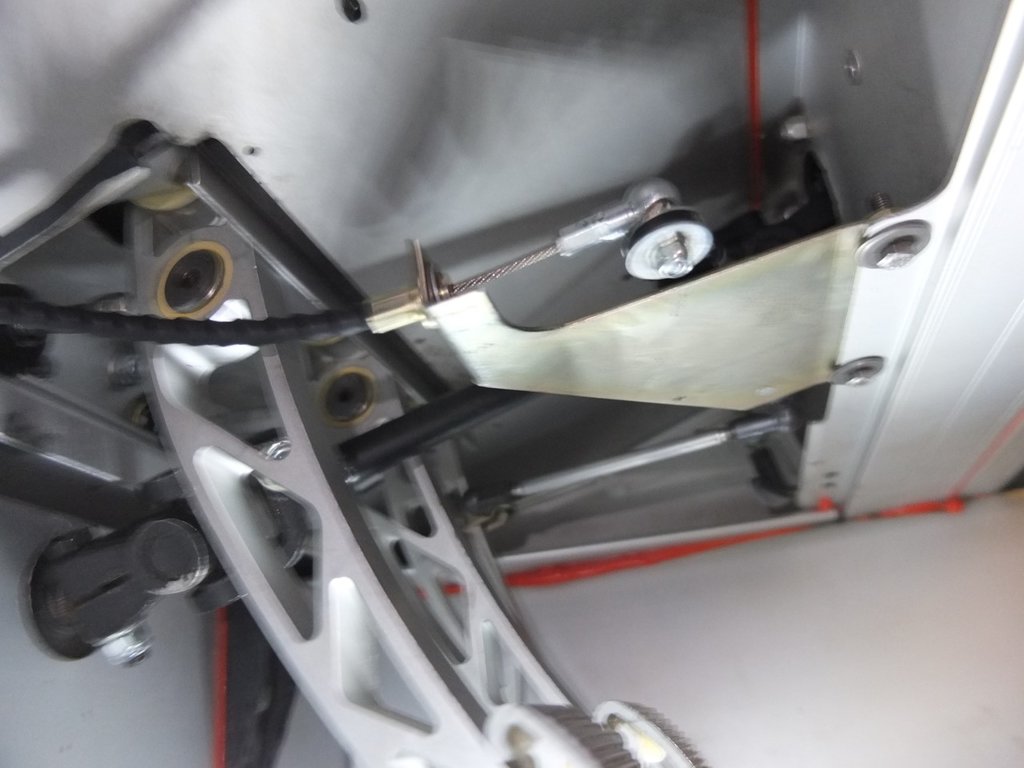 I have the S2 cable and this to do possibly at a later date. Thanks for the info

Good work finding the solution to the revs not dropping. Must admit I find mine does this a little intermittently so I may just have to check out this throttle cable replacement also. Nice work !
Top

trackrod wrote: ↑
Thu Nov 16, 2017 8:11 pm
The injectors have been cleaned and checked by the German distributor of ASNU machines with before and after comparison. They weren't too bad before but now they are near perfect. He told me that there is zero deviation in the injection quantity between all four of them. This could be only achieved if the injectors have been perfectly matched to each other by Lotus. The guy told me that Porsche used to match their injectors to a level of +/- 2% but stopped it some years ago. So zero percent deviation is quite impressive.

I fixed the manifold gasket by cleaning the surfaces, checked them for straightness and using liquid sealant as the new gasket. I re-balanced the throttle bodies with the IACV disconnected. The car runs now better than before

.
The MAP dropped from 70kPa to something like 58-60kPa while idling. The rich running idle stopped and the fuel trim stays around 0% in closed loop mode.

While driving the car the high idling issue stopped but to my feeling it is still not perfect. When I come off the throttle it may take a second or two until the revs are fully dropped to 1250 rpm. And there is an occasional slight stutter when driving at around 2000 to 2500rpm.

Unfortunately there is no other car with a VHPD engine around so I have no clue what is considered to be normal.
I would appreciate it a lot if others would share their experience considering returning to idle and driving at constant lower revs.

Hey trackrod, I'm currently getting data on the running of my car and I've suspected there may be a small manifold leak on mine. Vacuum readings are similar to yours before you fixed your leak, around 64-66kPa.

Is the seal of the airbox potentially contributing to a slightly high vacuum reading I wonder? Mine doesn't perfectly seal and the gasket appear to no longer be available.
Top

I detected the vacuum leak by spraying some brake cleaner to the seam/join of the manifold and the cylinder head while the engine was idling. Doing so the revs did noticeable rise for a short moment. You nee to be careful when spraying the brake cleaner not to set your car on fire

How is the short term fuel trim on your car?

The seal between the backbox and the throttle bodies doesn't matters as it is outside of the high vacuum area between the throttle plate and the inlet valve. Check all the small vacuum hoses for leaks or better renew them all including the tiny plastic T-connectors.

64 to 66 kPa could still be normal - I don't know. It would be interesting to get more readings from other VHPD cars.

Edit: I re-checked the fuel trim issue and my ECU was reducing the fuel via short term fuel trim (and not increasing it as written by me before).
Last edited by trackrod on Sun Feb 24, 2019 10:02 pm, edited 1 time in total.
Top

Short term fuel trim I don't have a full handle on yet but does seem to be fluctuating around quite a lot, I've seen figures ranging from -10% to -17% at idle. I don't really understand these numbers and not sure what should be expected here.

as I understand it the 'short term fuel trim' is used by the ECU to adjust the amount of injected fuel based on the lambda reaing of the near past.
My understanding is that our ECU calculates the load and thus the required fuel based on the measured manifold pressure. Taking this value it looks into a table (the fuel map) to get the amount of fuel to inject. After the fuel has burned the lambda sensor reading is used to check if it was too much or too few fuel. In closed loop mode the ECU uses then the short term fuel trim to adjust the value taken from the map for the following injections.

So if like on my and on your car the fuel trim is constantly used to adjust the values from the fuel map there should be something wrong. My guess is that the too high MAP pressure readings messes up the calculated load so a wrong value is taken from the map all the time.

After fixing the air leak on my car the fuel trim is osciallting around 0% when idling like it should be.