New kid in town ? Say hello to the Exiges.com massive.. Do you have an Exige ? Looking to buy one ? Sold one or just a fan ?
Post Reply
43 posts

Hey, Lee, thanks. Not sure it compares with your efforts.

So what vintage is that bike? My old steel bike is early 90s so has carbon forks and indexed levers. Amazingly the original Campagnolo 9 groupset is still going strong and perfectly on another bike.
Top

Hi Keith, going by the online guidance and the serial number on the underside of the bottom bracket, I’d say It was made in April, 1984 and is the 133rd frame made in that month.
There is a very detailed history of the Vitus make here, if it’s of interest: 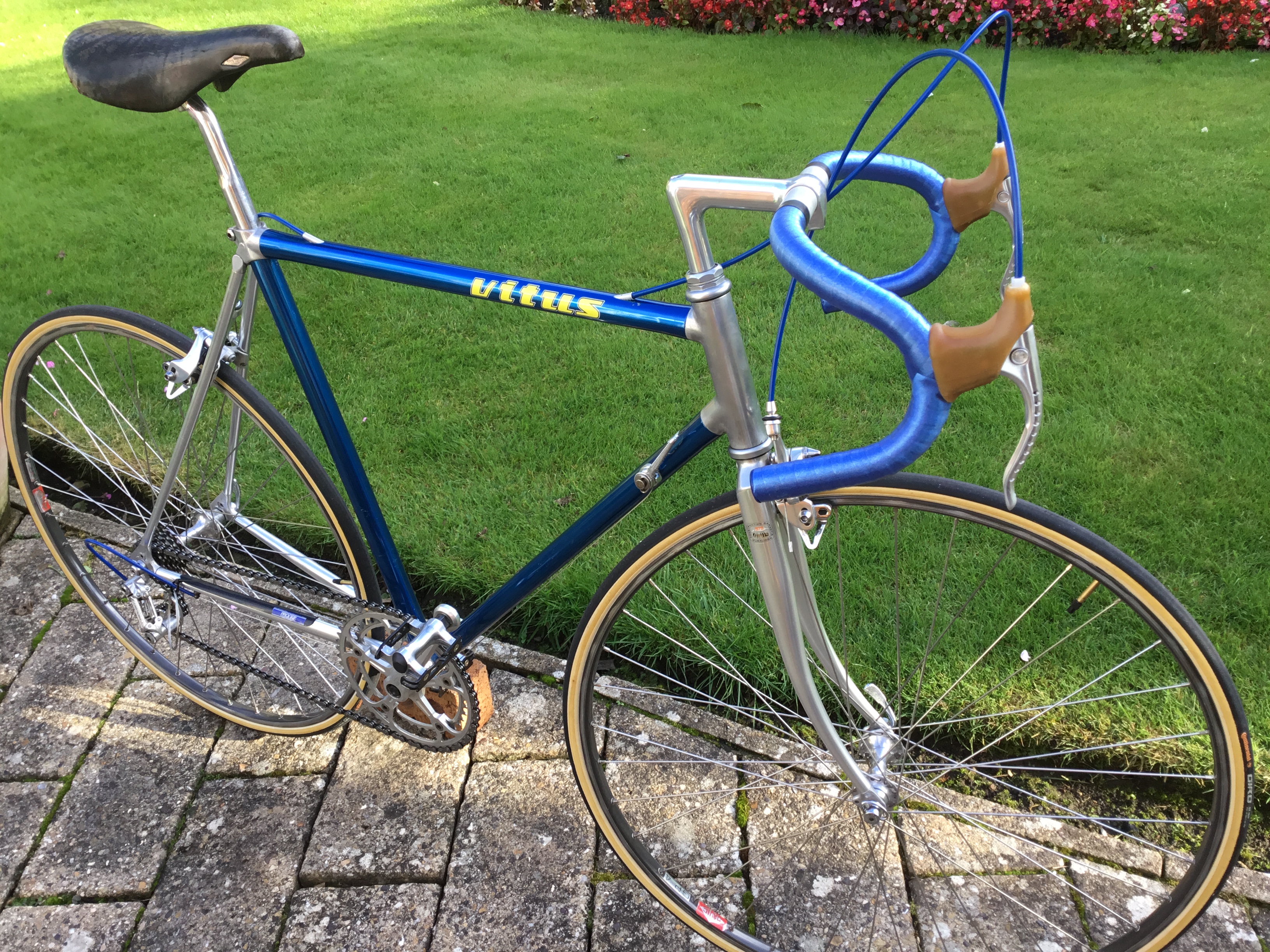 Bar tape on, just need to fit toeclips and get a couple of Brooks quick-release straps for them and then and MoT from an expert.
Top

It looks great. Did it ever have a head tube badge? Do you plan to ride the Erioca. My classic bike is too modern do I can’t. Also the event had not happened for the last couple of years.
Top

From all the pictures I have seen they seem not to have a head tube badge. In fact, they are often very sparsely decorated. Sean Kelly’S KAS team featured their logos on the down and seat tubes, and other teams that used the 979 also seem to have their names on the frames in addition to the Vitus lettering on the top tubes.
I am pretty chuffed with the result but I fear I have mounted the brakes levers too low and, after spending a lot of time getting the taping just right, I don’t feel inclined to do it all again. I might just swing the bars up a little and see how that looks.
Thanks for all the positive comments.
As for the Eroica, I have often wondered about doing that event. I will have to see what happens next year.If it’s on it will probably clash with a trackday or European Lotus trip