This is where we proud owners can upload information and pictures of our pride-and-joys (their Exige that is..)
Post Reply
372 posts

I think dipstick is worth pursuing simply because you've got 'previous' in that area - once a weak spot always a weakspot etc. Breather is also another good shout.

I've got a USB endoscope with an LED torch built into the end - pretty good for this sort of thing. You're welcome to borrow it Andy but they're useful to have around anyway - and I don't think it was expensive.

Also, that sump is mahoosive! How much oil does that sucker take?

I think I will invest in a USB endoscope with torch.

The sump is freaking MASSIVE dude. I am really struggling to get my hands anywhere useful ( oh er ! ) when looking for the oil leak.

Snag is , I am obscured from the bottom by the sump and the supercharger renders any view from the top useless.

I have a feeling I am going to be removing the clam and supercharger to take a good look :/
Top

This is mine, it's chinesier than a bat baguette but it's worked fine for me so far: https://www.amazon.co.uk/Duang-Inspecti ... s9dHJ1ZQ==

It would be a real shame if the clam had to come off for this, but I know that feeling... oil leaks never seem to spring up somewhere convenient.
Top

It would be a real shame if the clam had to come off for this, but I know that feeling... oil leaks never seem to spring up somewhere convenient.

I just cannot get access to anything ! I can get my hands / eyes on the sandwich plate and oil filter ( no leaks ) , top of the block ( no leaks ), and around the sump ( no leaks ) but not the oil dipstick o ring of doom or the 3 bolt plate that goes to the rocker breather. It has to be one of those two I feel.
Top

I have done the following ;
Undid the dipstick bolt, tugged the tube, put it back , retorqued
Retorqued the cam cover bolts
Cleaned the engine block/sump up as best as I can.

I then ran the engine upto temp this afternoon, water was warm ( 90degC upto 96degC at one point due to being in my garage ) and oil was indicated 65-67degC and running 32psi idle and around 72psi when I was revving and holding to 7k RPM.
I inspected the sump , and all around and got warm fingers so I left it a few hours.

I have identified what I think is the leak. Its what I can only describe as a blanking bolt in the sump. It appears to be weeping from the copper washer thats just infront of the bolt. A found a drip there , and only there. It would make sense as the bolt is at the lower part of the sump, where its angled down and forward and the oil would run.

My son was out with me and he was checking everywhere and that is all we can come up with.

Picture of the offending bolt on my 3500l sump ( I am being factious , its just a massive sump )

I do not plan on doing an oil change for around 9 months , so I might bodge it with some RTV for now and look for a more permanent solution when I have the oil out.

Ill put the trays back on the car and if it leaks like mad again Ill , well , I dunno!
Top

Hi "dipstick", glad you have found the potential oil leak.

That is one HUGE sump, how much oil does your system hold?
Top

That is one HUGE sump, how much oil does your system hold?

Not talking to you

I do so love this car but sometimes!

I have now got VVTI rattle, when you leave the car overnight and start it I get a tiny rattle for less than a second and it shuts up, It does it just once for that day when it primes the oil.

Any fixes? From googleFU People say just leave it,

I also have the immo playing up, press the key fob light goes off, and then 2 minutes later the stack dash light returns when engine is running

Any tips for stopping that?

I have been into my garage this evening to look at what my ECU is logging. Other than my inside leg measurement it appears to have everything.

I have also been curious as to what is under my front dash as I have some USB plug there that aren’t OEM.

I have done a @johnfishcurtis and been stuck down here for a bit. 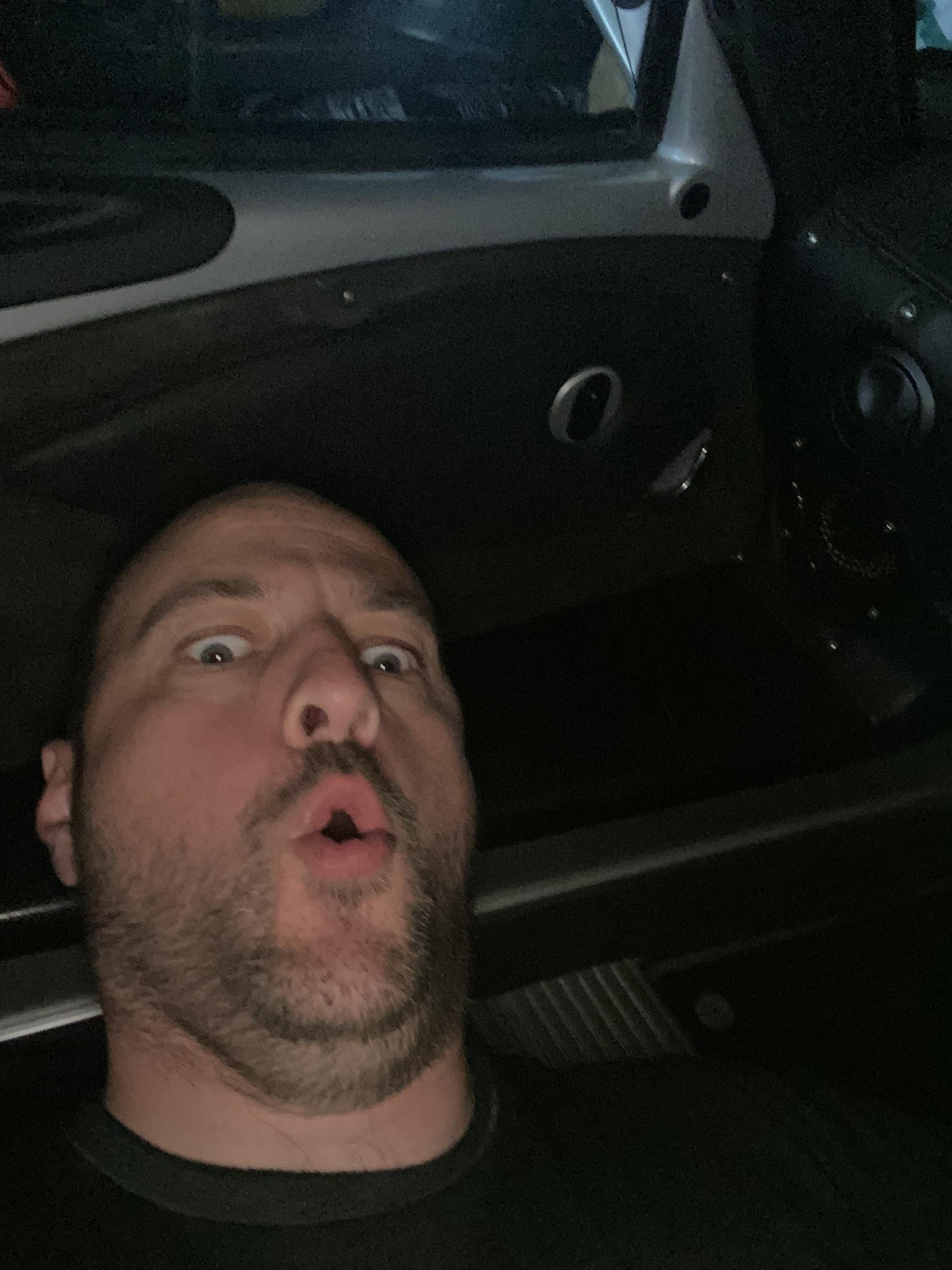 This car was not meant for bigger boned people to be able to lotus position easily.
Top

Done a search and the rattle is rare and doesnt seem to be a major concern. It also seems to be an easy/simple fix.

Where does the USB plug lead go to?
Top

johnfishcurtis wrote: ↑
Wed Jul 01, 2020 8:41 pm
Done a search and the rattle is rare and doesnt seem to be a major concern. It also seems to be an easy/simple fix.

Where does the USB plug lead go to?

What did you find? Your googleFU is better than mine.

USB plug is just for charging .. Its been bodged into the loom!