This is where we proud owners can upload information and pictures of our pride-and-joys (their Exige that is..)
Post Reply
59 posts

How much of a bargain?

Can't remember the exact numbers now but they were listed for something like 1400 but came with loads of part worn tyres (a048 and zzr of various condition, about 12 tyres in total). I initially made an offer for 1200 which was rejected, then a week later I got a counter offer of 1150... I'd mentally moved on by this point though so I declined, a few hours later I get an eBay email saying they sold for £1100.

Considering 3-400quid worth of part worns they were pretty damn cheap. Had it not been in the strict portion of lockdown I may have taken them but they weren't my #1 choice of forged wheel anyway so added to the inconvenience/risk of moving around in lockdown I gave it a miss.
Top

This coming autumn I intend to strip and rebuild the exige down and rebuild it with a few little power enhacments. But today I thought I would bench Mark the current power, and Air intake temps and put it on a hub dyno.
My car is a 240 but had the Lotus 260 upgrade fitted, inc TRD, and enlarged pro alloy Intercooler, it also has a std horrible exhaust chosen by the previous previous owner so he could tour europe peacefully.

Not sure how much is lost through the transmission some say 15% some say 20% so if that's right then hp is getting up towards the 260 lotus claim. However I cant help think the exhaust is chocking the power so it will be interesting once this has been changed. Doing the air duct mod will help as dont think I will go charge cooler route for what I use it for.
The garage also are agents for ECUmaster so a emu black may happen as he can do me a great deal.
I would be interested if anyone else has had their car on a dyno and their numbers.
Top 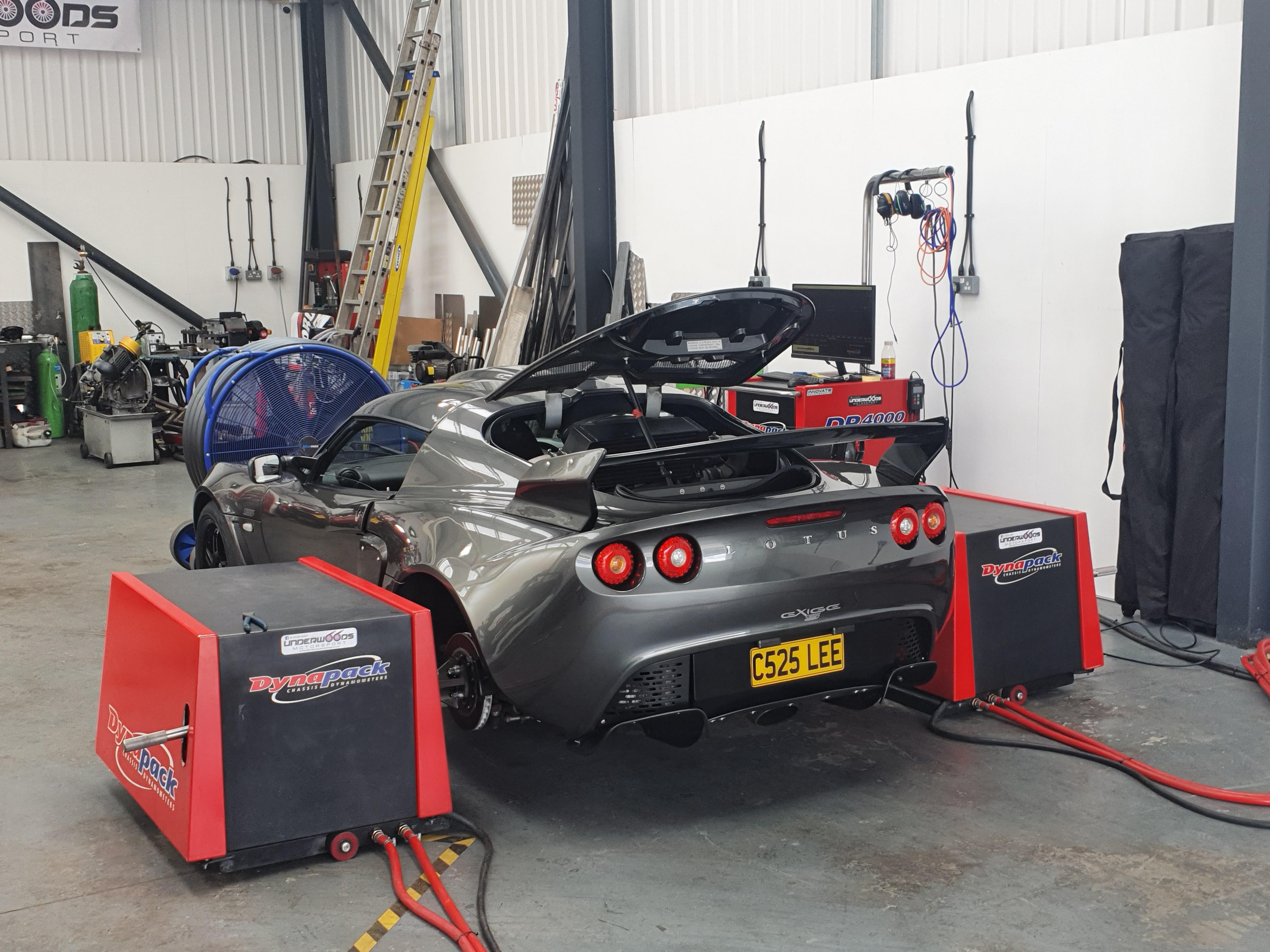 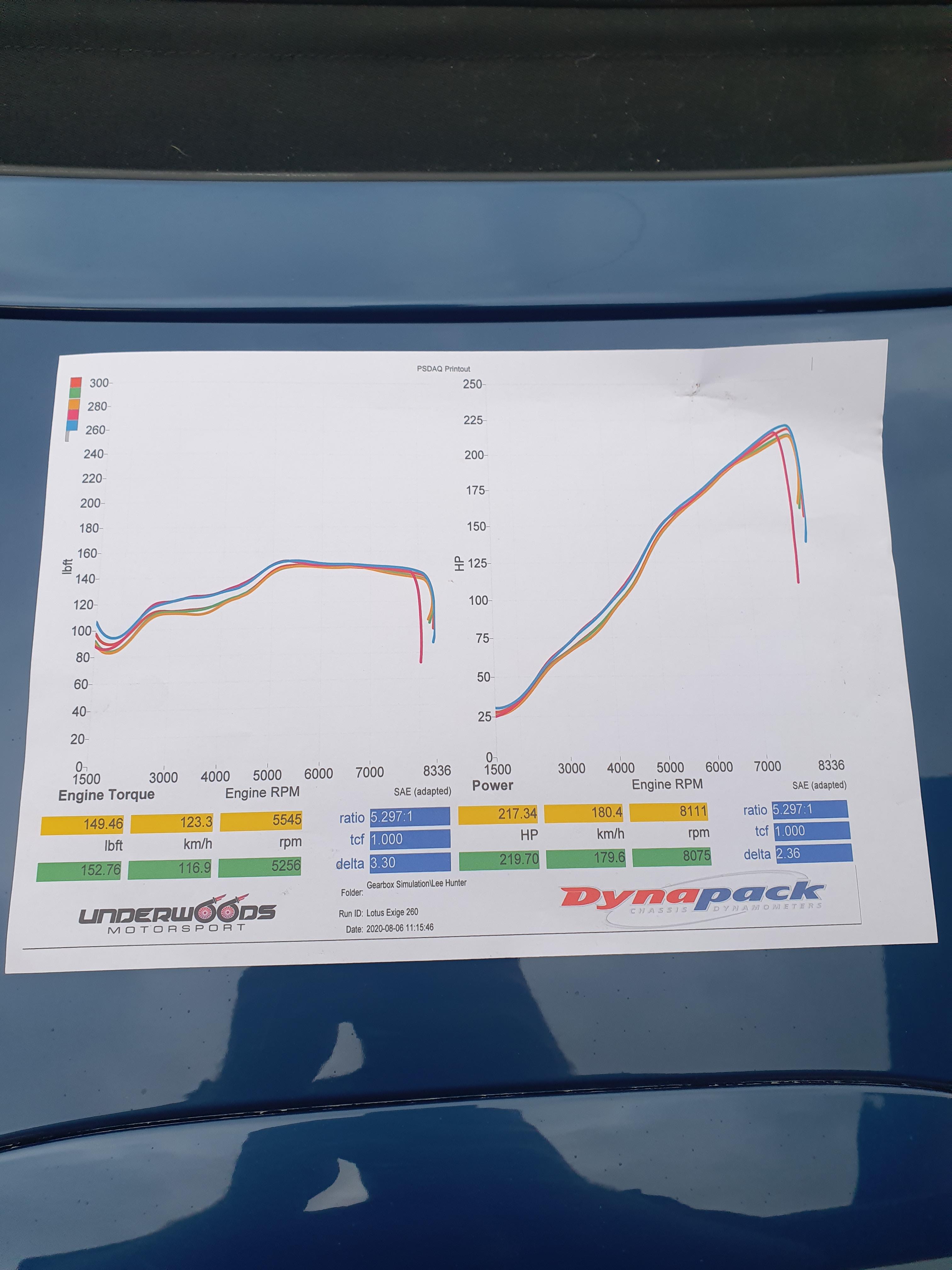 Looks like a healthy starting point, I need to chase Dan up for my Dyno graphs, I seem to think 215-220 at the wheels sounds familiar though.