This is where we proud owners can upload information and pictures of our pride-and-joys (their Exige that is..)
Post Reply
177 posts

Now that I'd decided to move the switches down for the dash into the shroud, I thought I'd look to building out the shroud on the steering column.

I showed wiring earlier, but I need to create a bit of shelf, access for cabling, as well as adding switches for the dash.

First whack on a load of filler to start building out the side. As its so easy to shape, I just chuck a load of layers on and cut back freehand later

Rough shape, colour makes it look like the radius is sharp on the edge, but it’s the same radius: 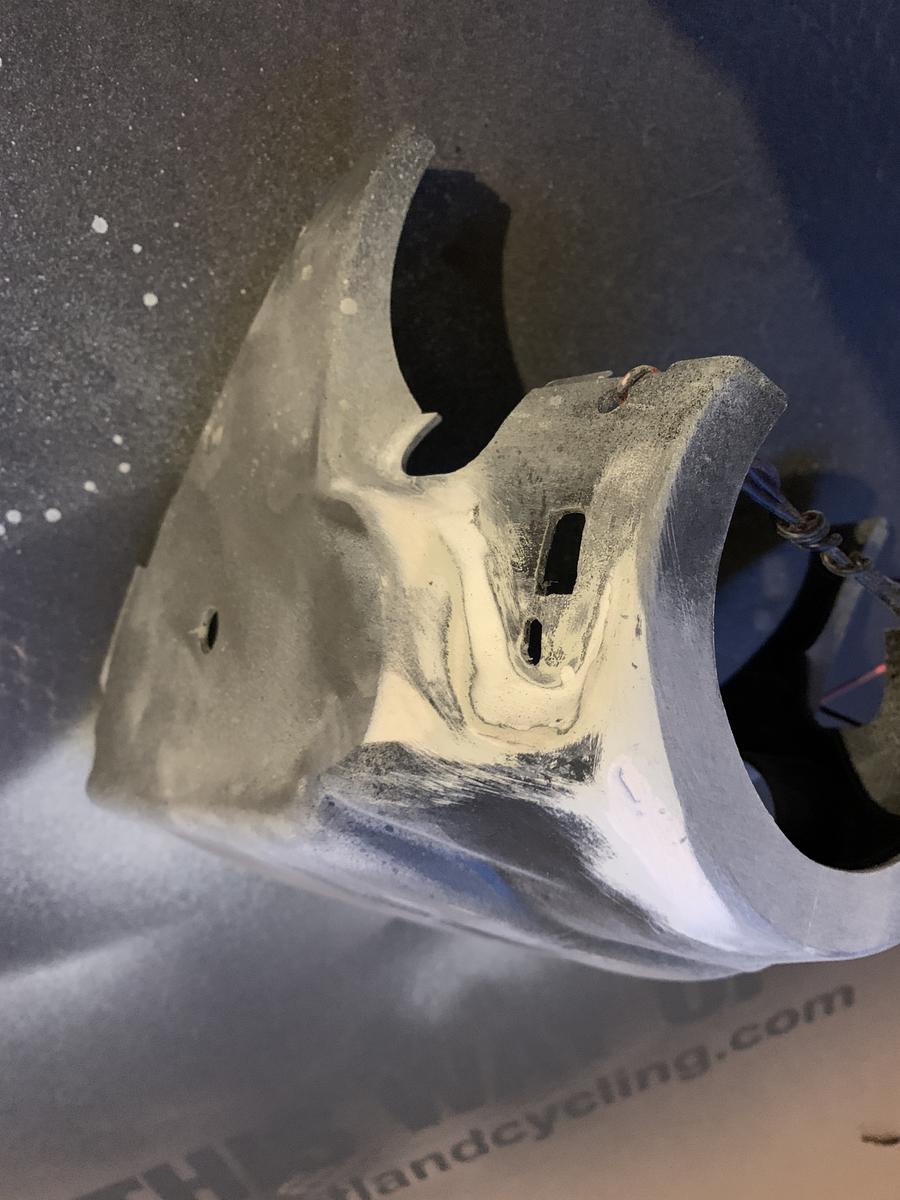 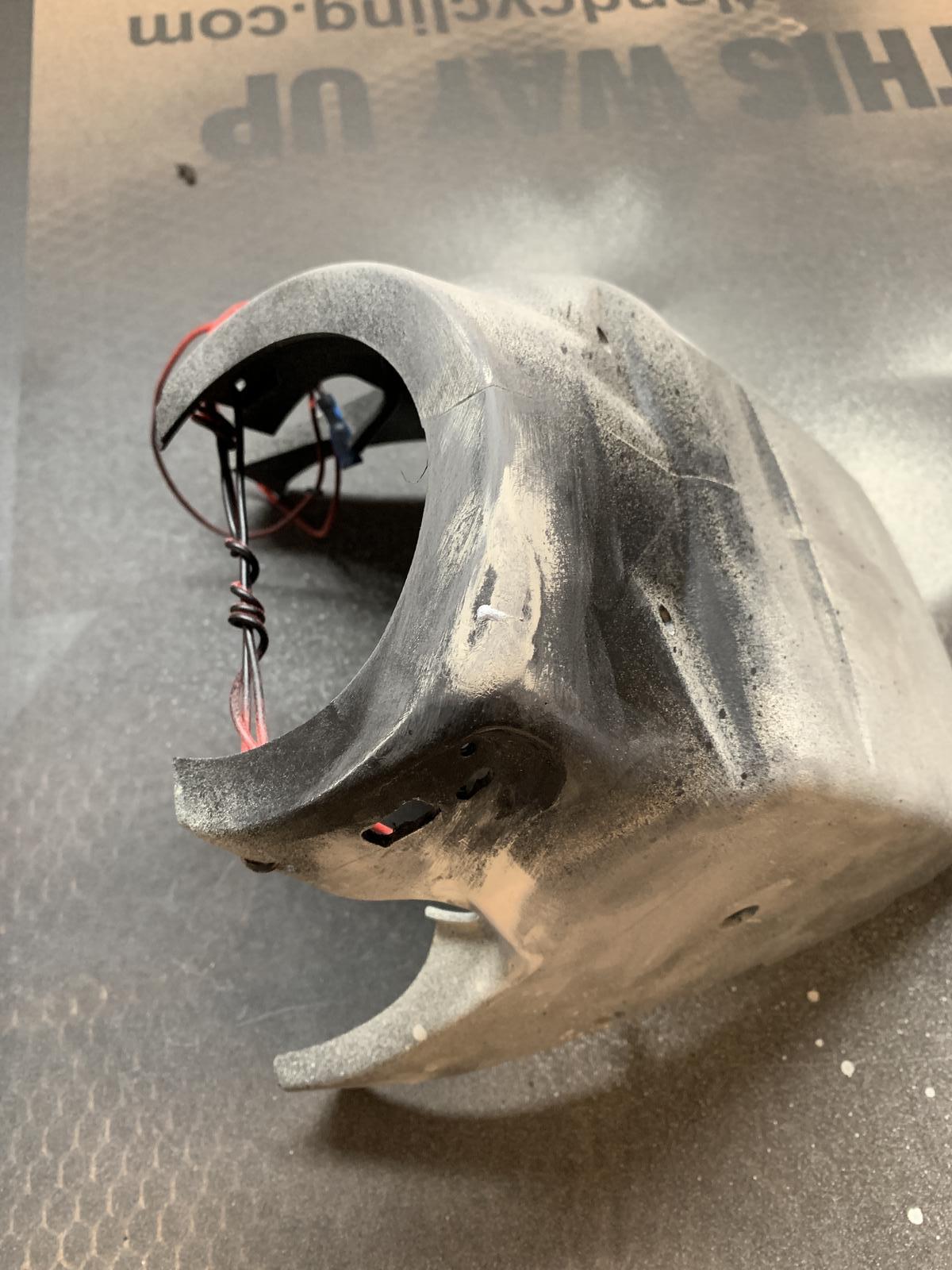 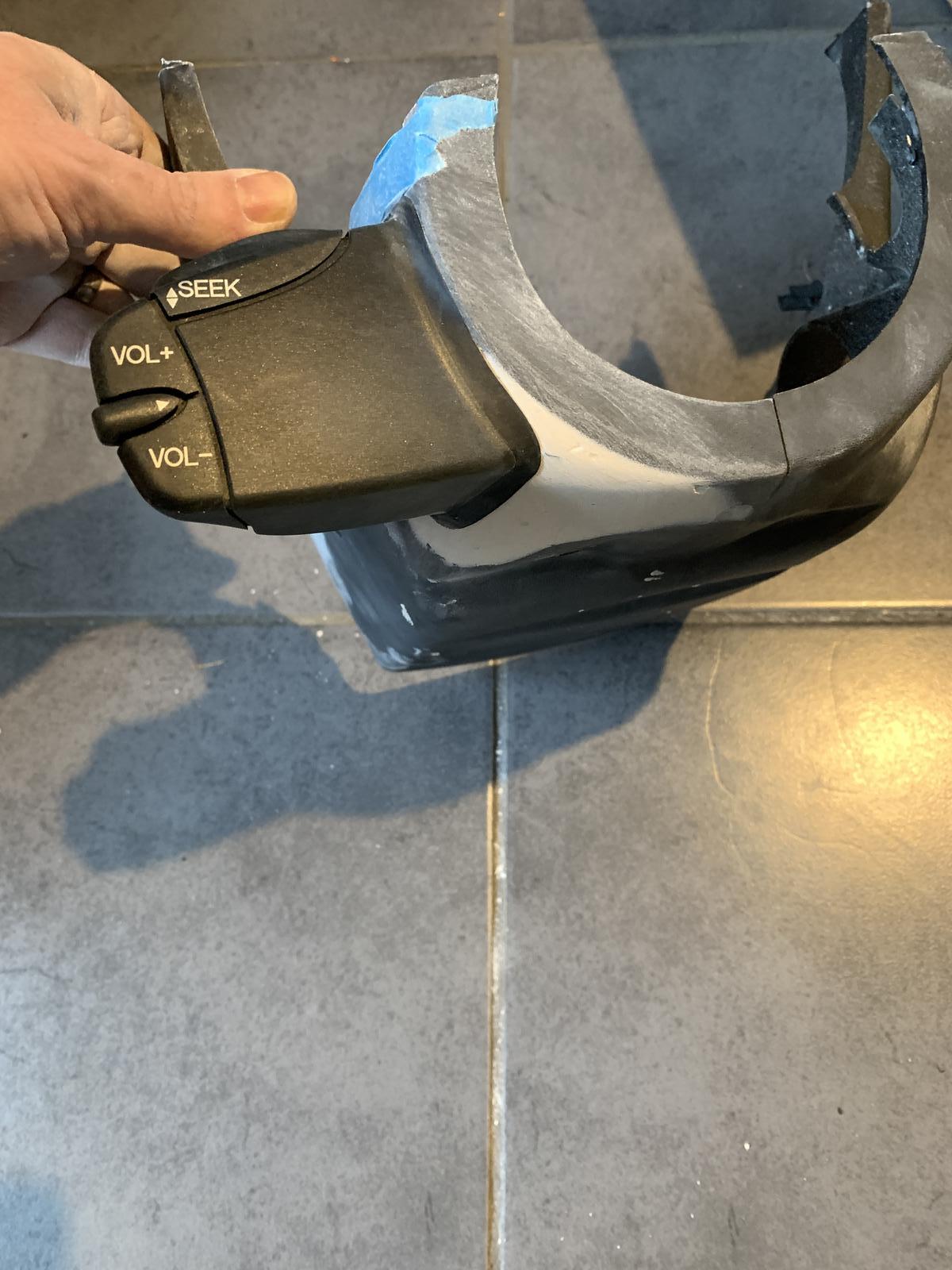 Then on to trimming will fit stalk later, initial trim 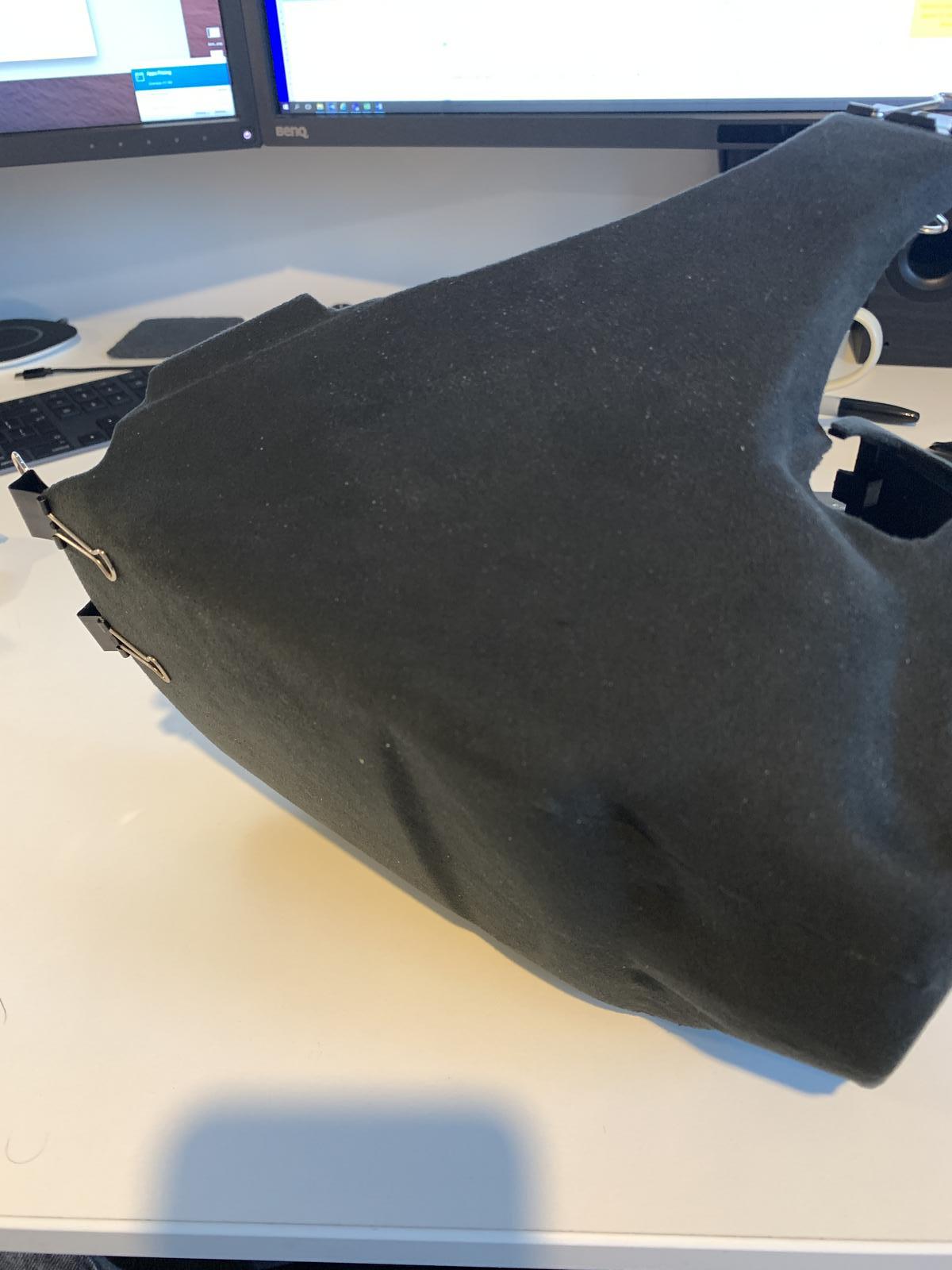 Starting to mount properly down 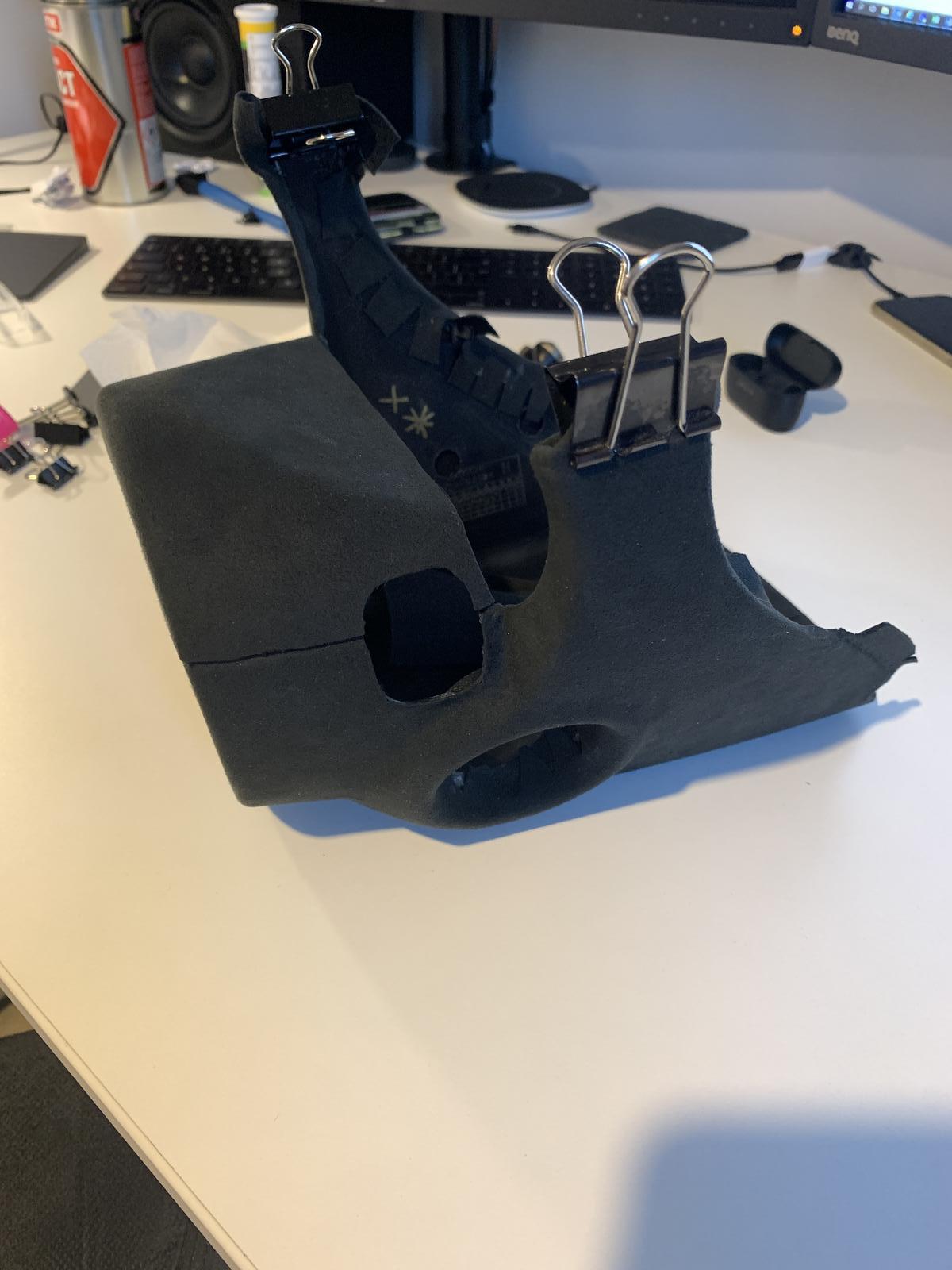 Switches for dash control being put together, will build the other end of the harness later. Pinouts for connection are as follows 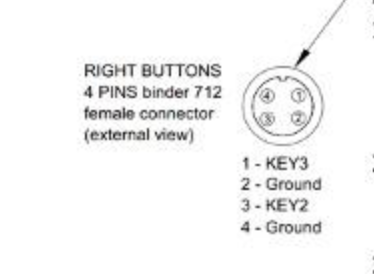 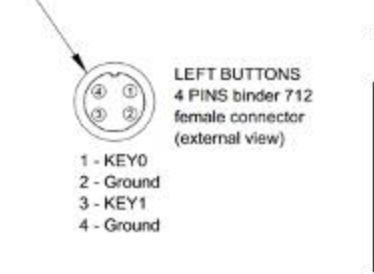 This is what the rear of the dash looks like if anyone wants to see: 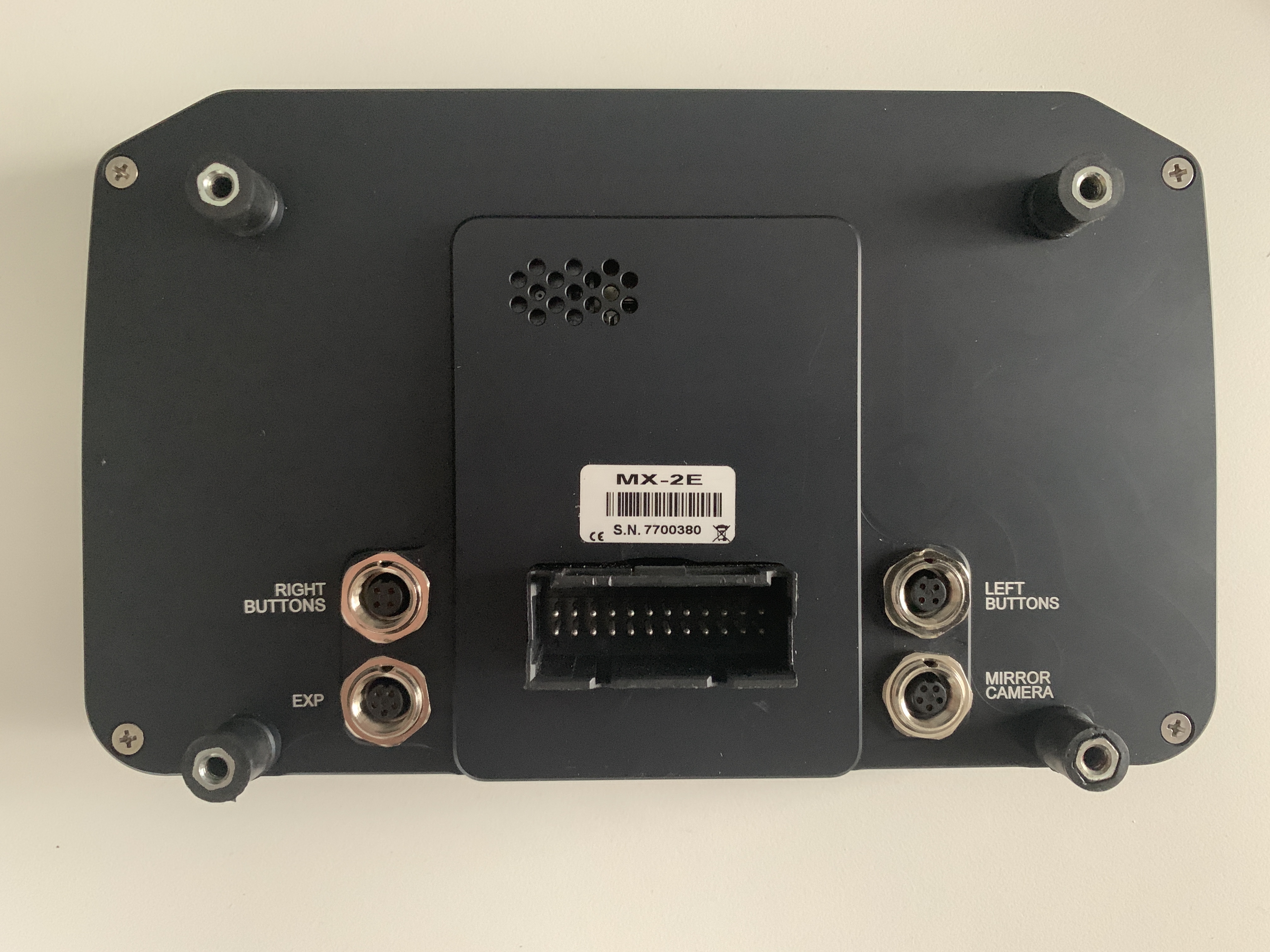 Switches in the left do screen up and down, on the right, enter and exit 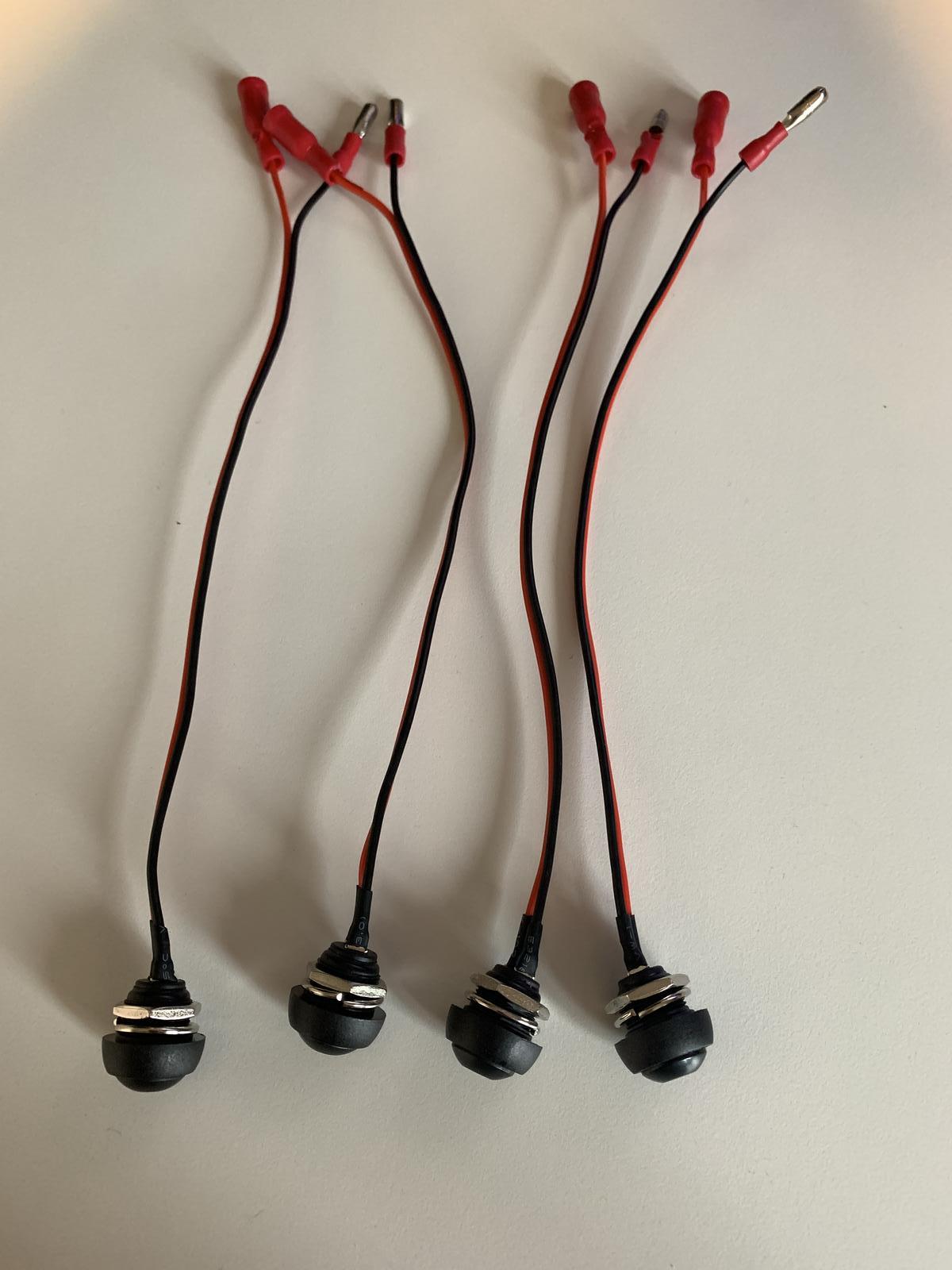 Mounted in the shroud 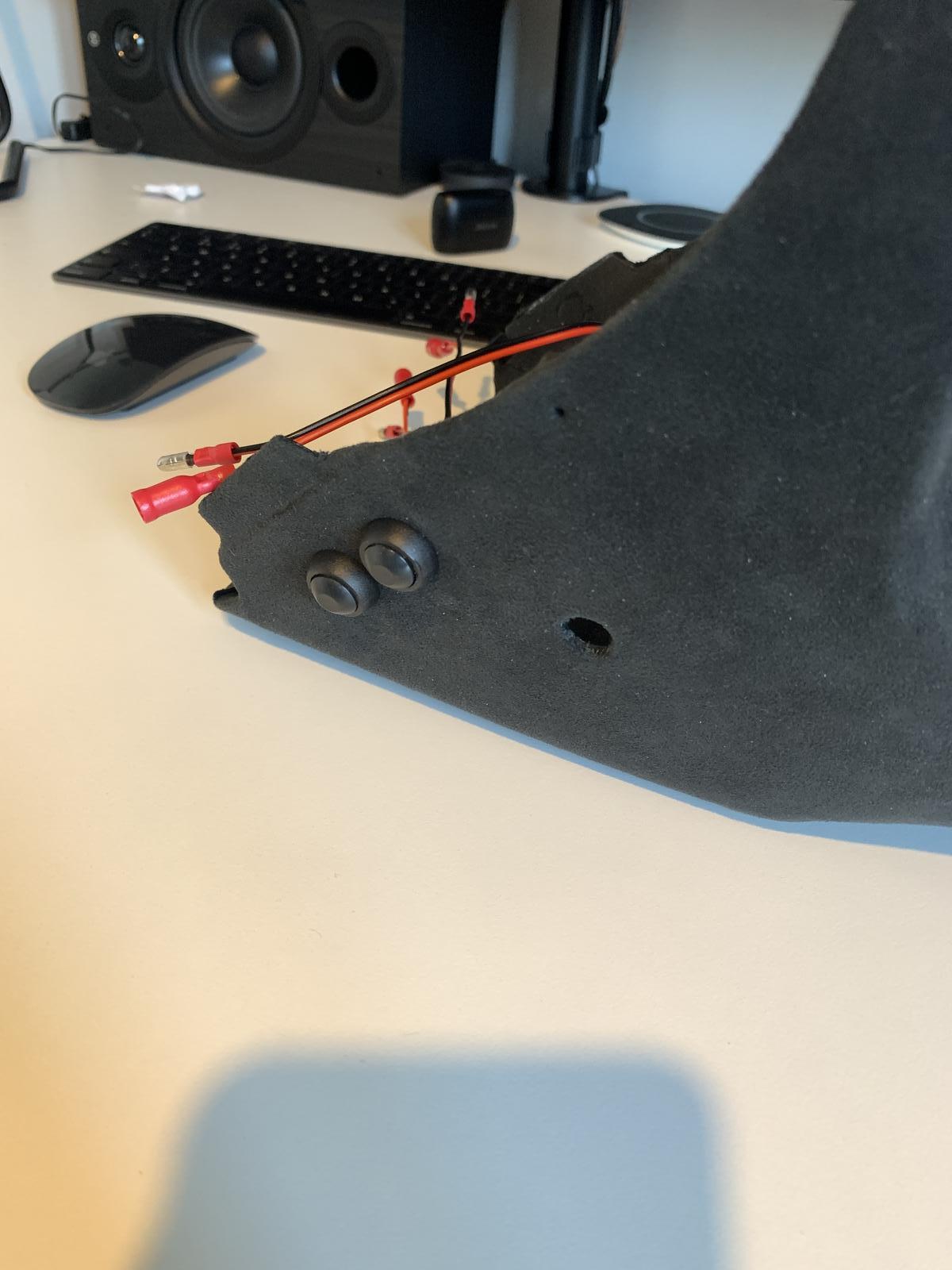 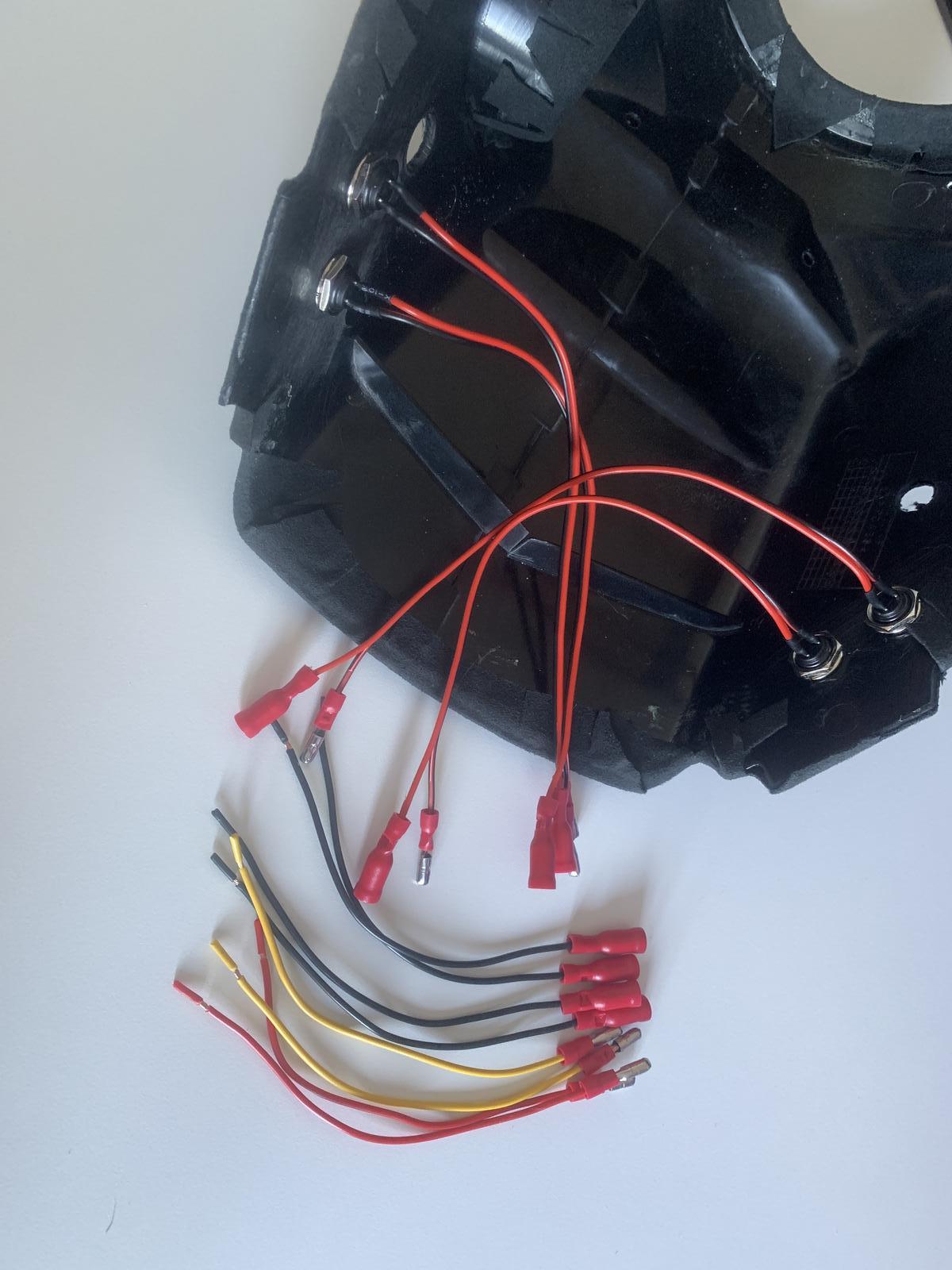 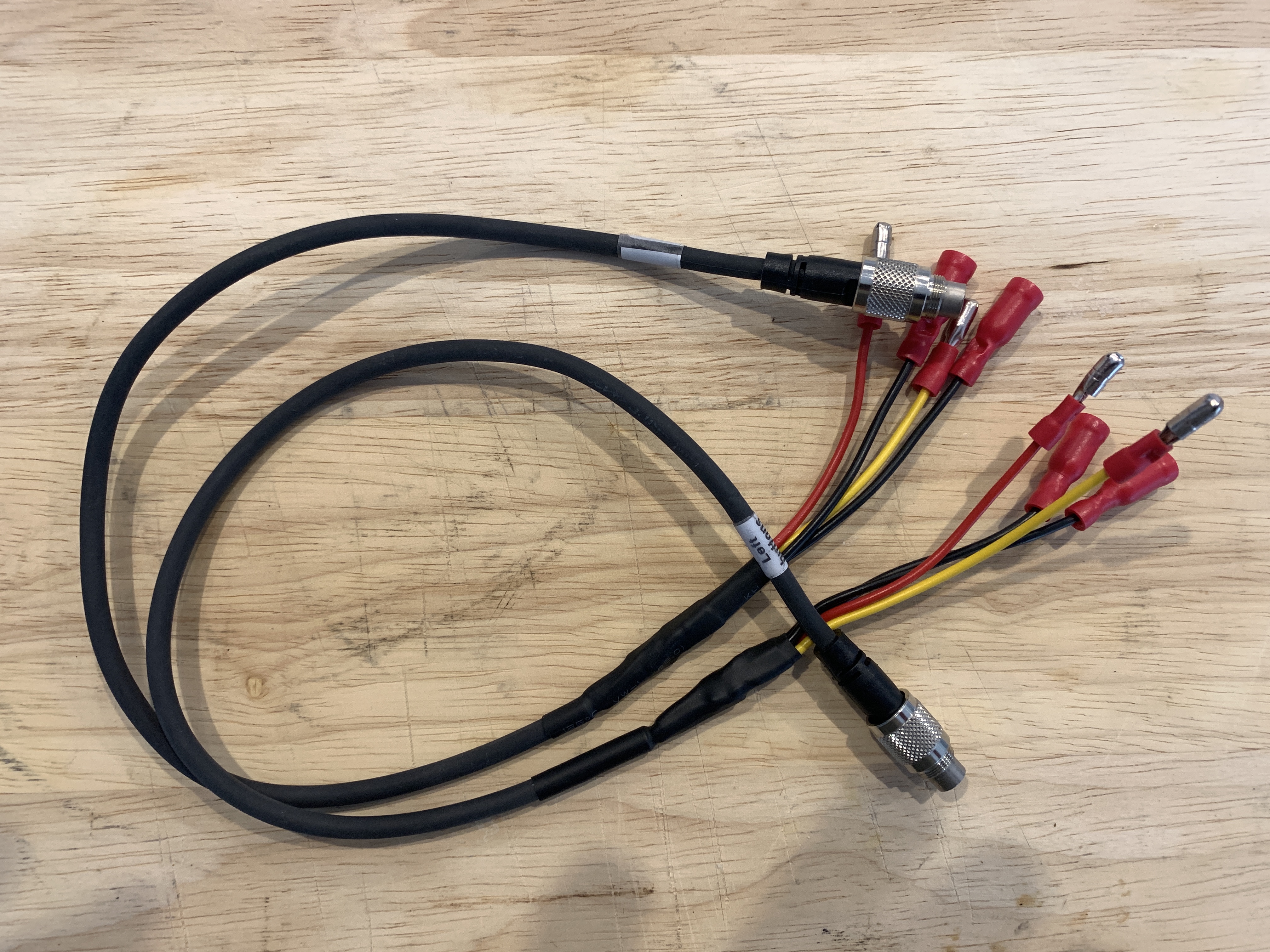 Cheers Kyle - I won't lie, I am having second thoughts about putting it in. I've always said I'm not sorting this car for anyone else but me, but having two sets of clocks might look odd - especially with the rarity value of the car. Everything else I can take out and replace with the original factory items, but the clocks are kind of a one way swap

I've literally sat in the car for hours in the middle of the night trying to think it through and convince myself either way!
www.instagram.com/constantdetail
Top

Staggering! Can’t believe how skilled(and brave) you fellas are
Exige S1 No: 139
Top

Back to the ever exciting topic of in cabin wiring . If this feels like it is dragging on its because it is, I have installed removed, rerouted this wiring a good 10 times but keep going away and redoing for whatever reason

Cables were all through dash and now taped up to match OEM.

It follows existing wiring that I had already pulled apart so wouldn’t be obvious. Like most wiring I just had to measure up the various take offs spurs would be as follows
Various spurs out of it added 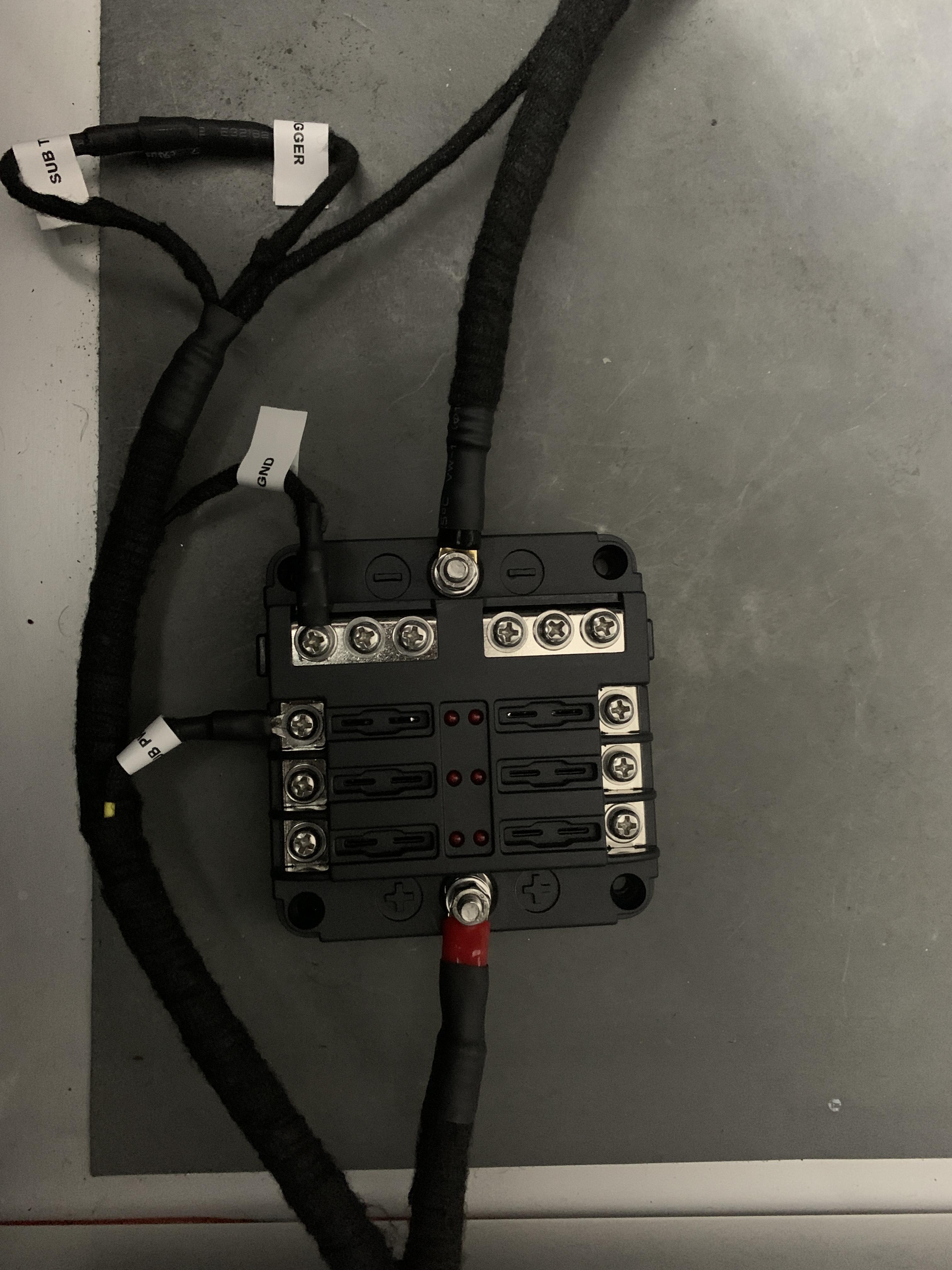 Routed so I can change gear cables later and done! It may seem a really small thing but just having the centre console back in place has made a huge difference, it suddenly feels like a real car again and less like an unfinished POS. 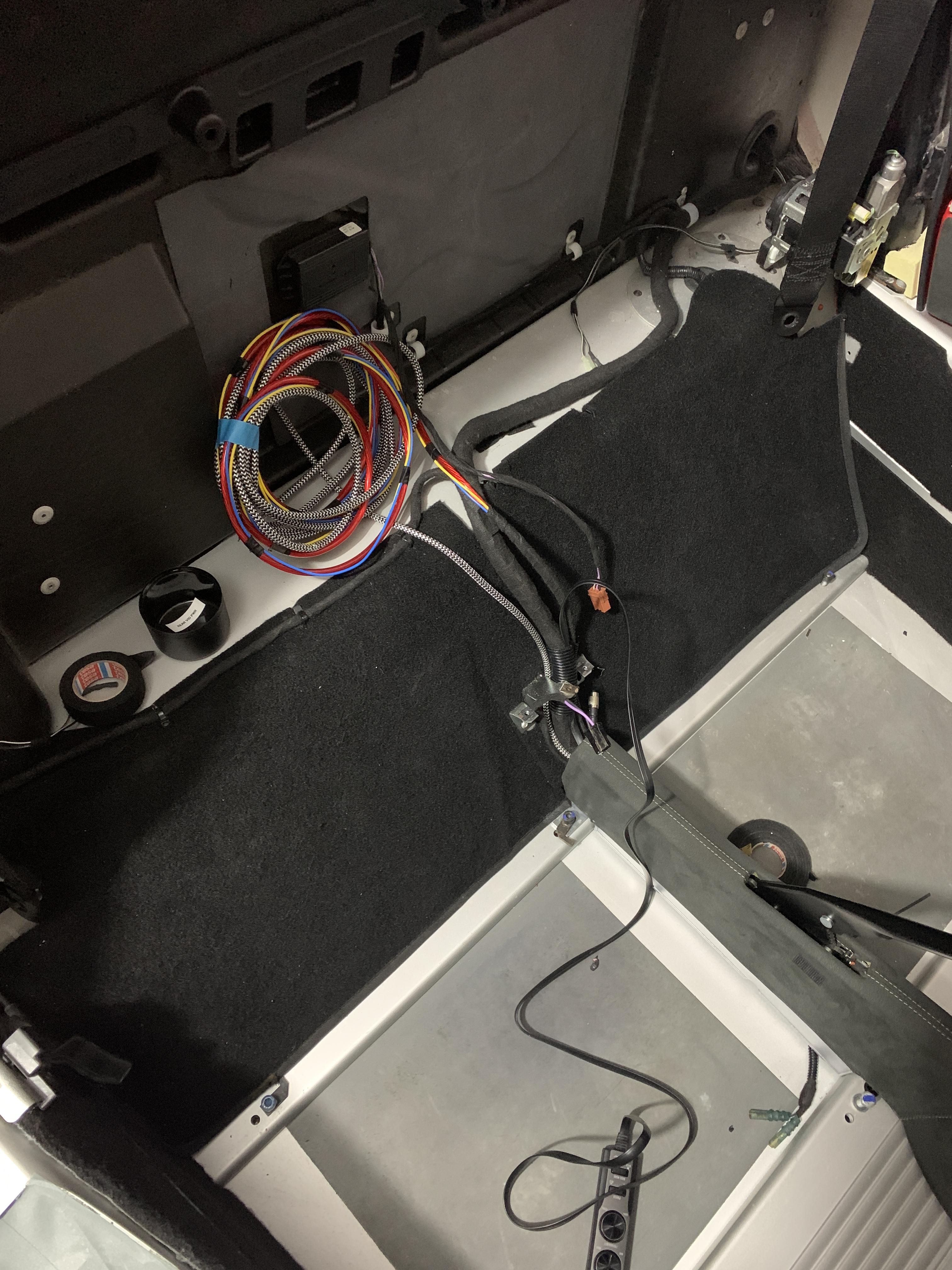 Under the dash I'll be adding USB power for the camera using this: 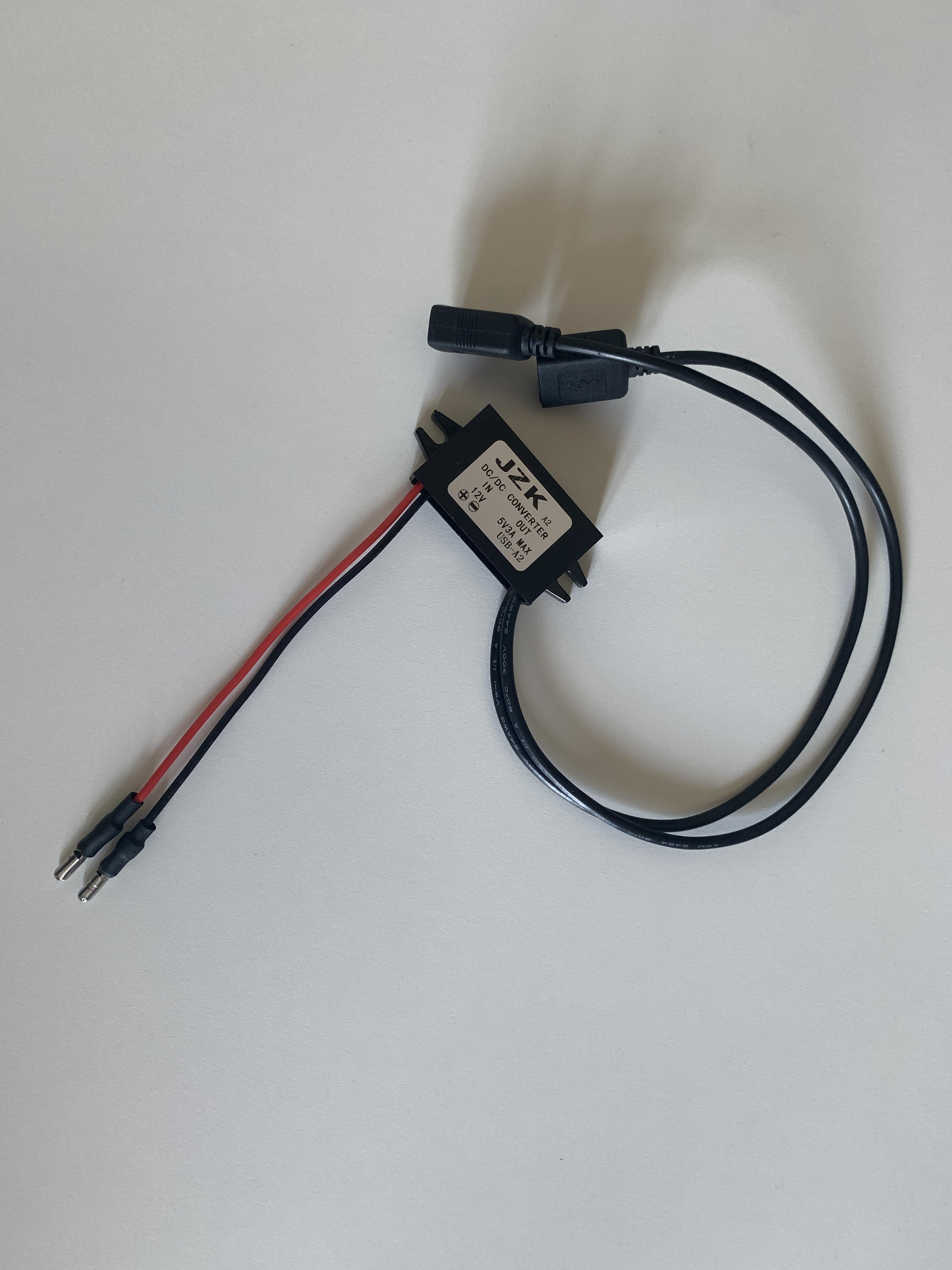 As part of the dash setup I mentioned earlier I have a data hub for the dash allowing splitting of the CAN signal, this allows connecting of the Smartycam to allow GPS send and data overlay, and also the Expansion hub which is needed to add sensors so these have all needed to be found homes for.

But when I placed the seat back in I find out goes really far forward! And if my wife was driving, pulled the seat forward and smashed the box, well that would be another shortcut to an argument! 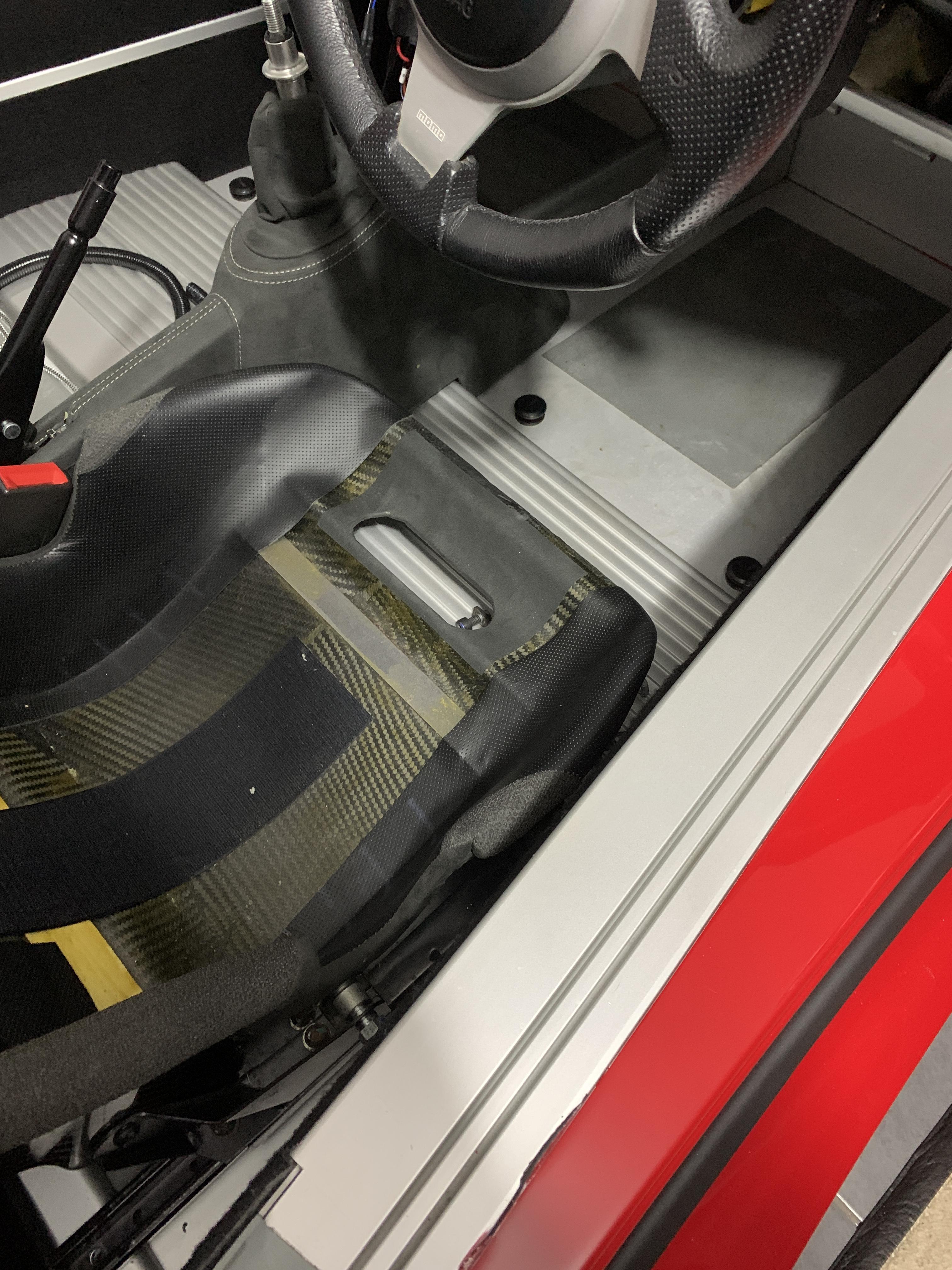 All the way back then each side of the hip there is space, the inside is take by the centre console but there is space over your right hip 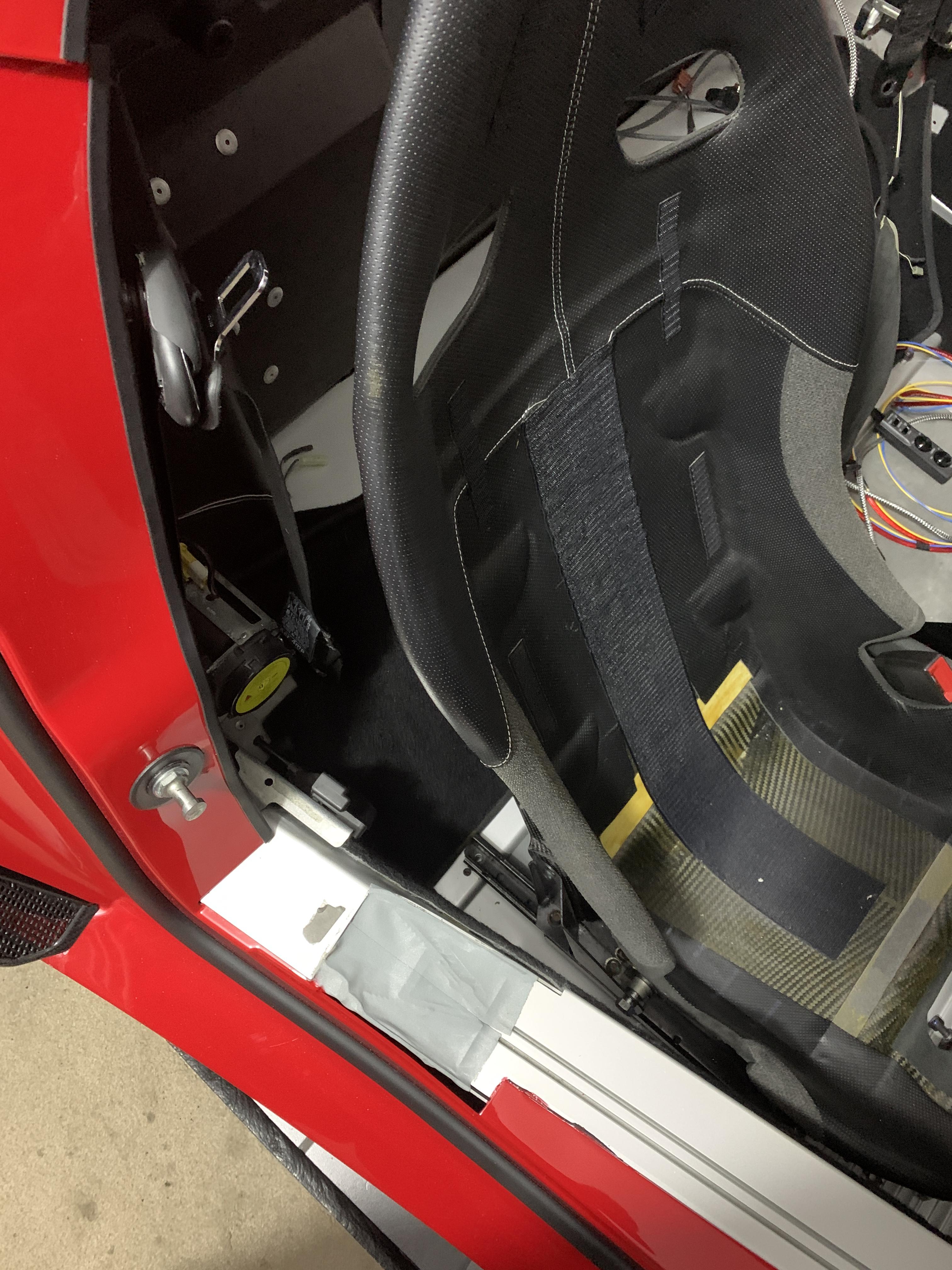 So rear wall area was decided on for SmartyCam - it should be fired by dash, but I can just scrunch around to see it. Most report it fit and forget

Then Datahub was mounted on opposite side of the cabin. I decided to do this in case I had to quickly plug something in, or pull something out - Didn’t seem any harm in keeping it accessible if needed

The expansion hub, I originally mounted in the boot by the battery, routed through engine bay and into cabin. My thinking was it was watertight, and I could easily add more sensors later…

But the downside I figured after putting the cabling in, was it was hidden in the loom for camera power etc, so if I needed to pull the clam - I have to take out the bulkhead trim, pull apart the loom, pull the cable (basically the connector was at the wrong on of the loom compared to normal boot wiring)

So after installing it all, I took it all out again and started again before settling on this, which means I only need to do the normal wiring push through and accusump disconnect to take rear clam off

Expansion for sensors is on main bulkhead then sensors go through grommet into Engine bay, Data hub is lower down by passengers left hip 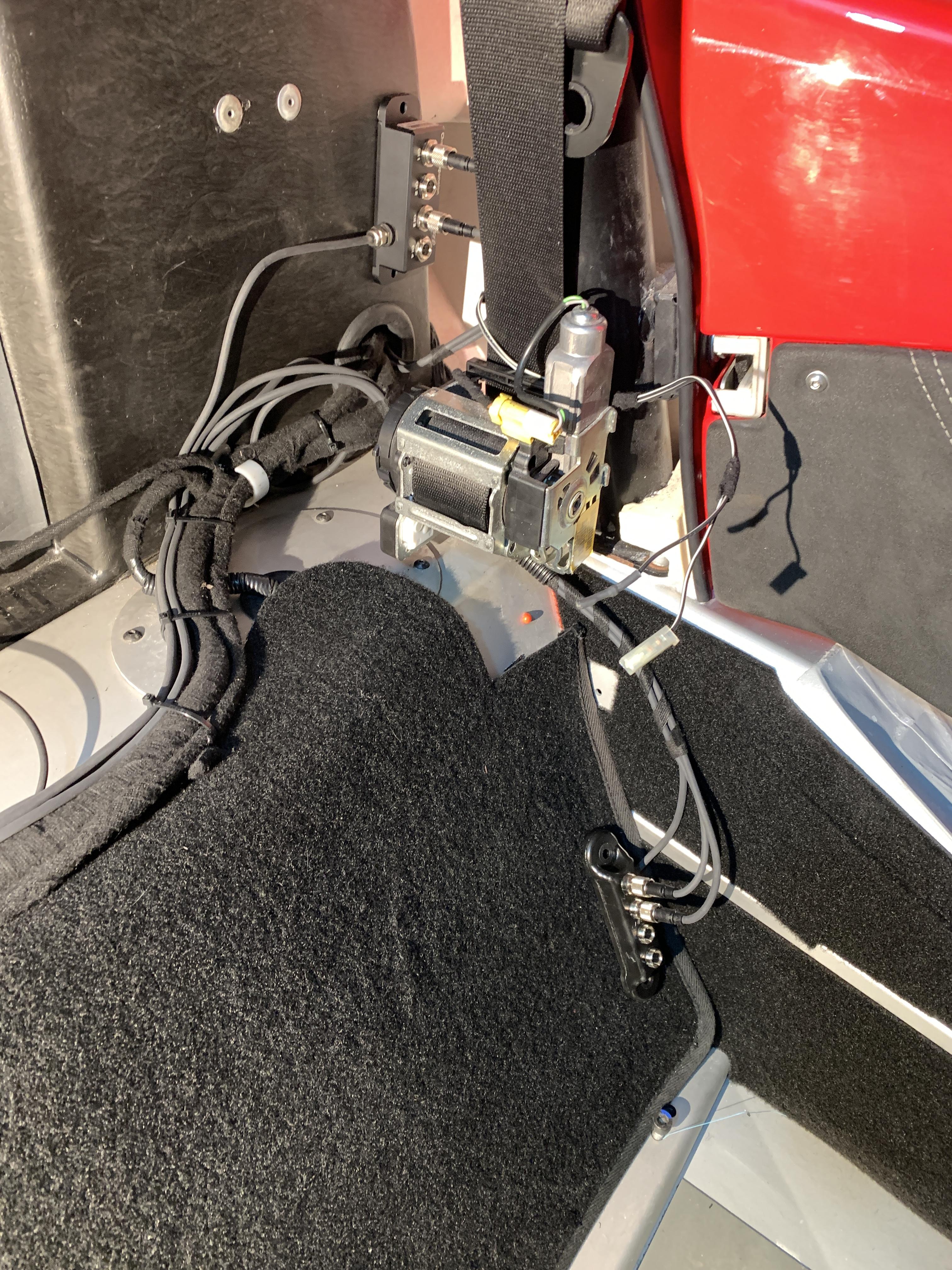 Then both sides with SmartyCam on the drivers side along with sub controls, hubs on passenger side and camera connector routed up to interior light run as they will exit around the same point (not going to follow harness bar, too much risk on cable snagging) 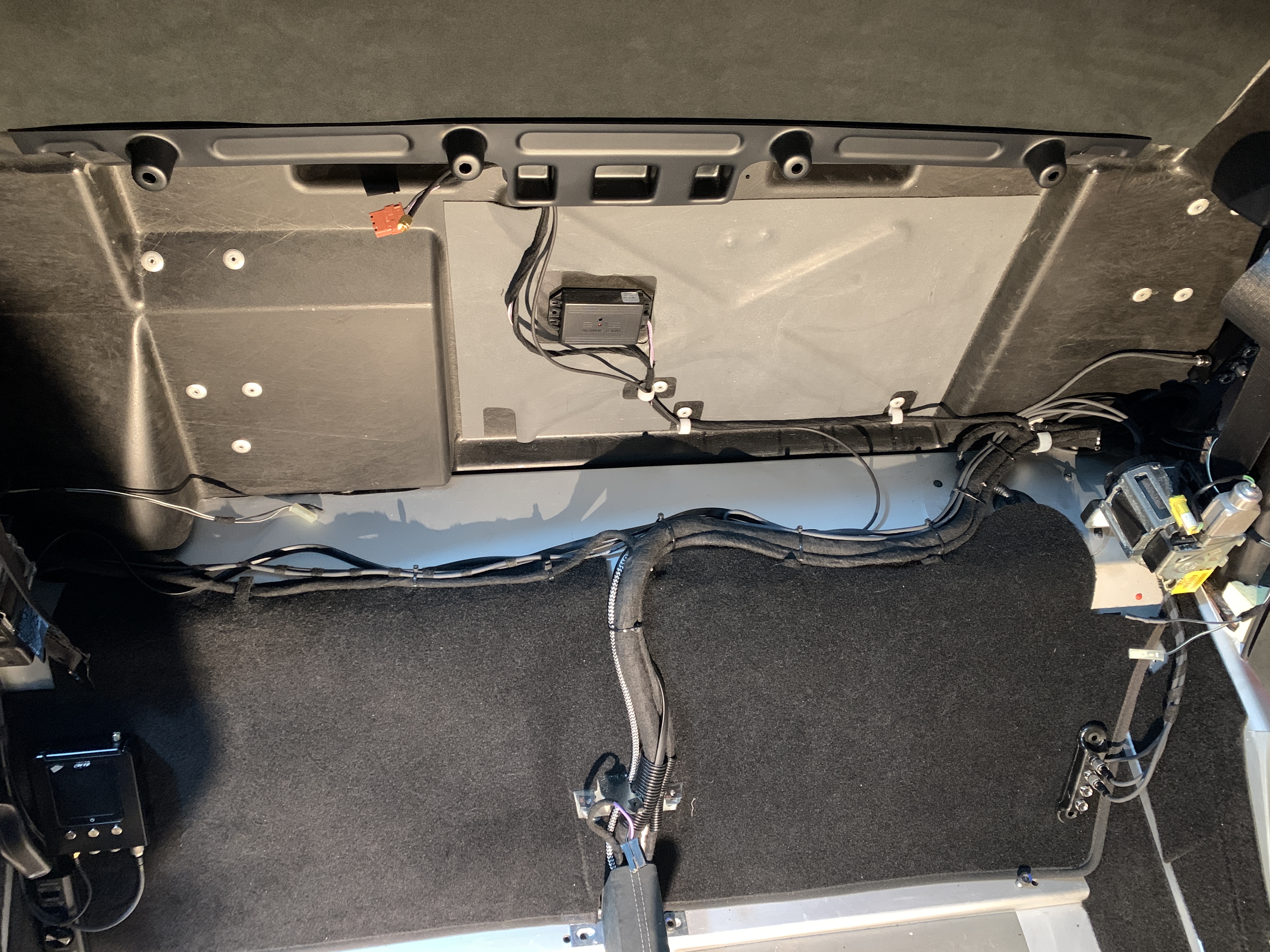 As you can see everything is now taped up and put into position, so keeps the OEM feel even though I hope to never need to look again!

Next up was more tarting up, sub looked like this (small but ugly) - It will be kept in for road, but removed in about 30 seconds for track so no need to get all pedantic about weight 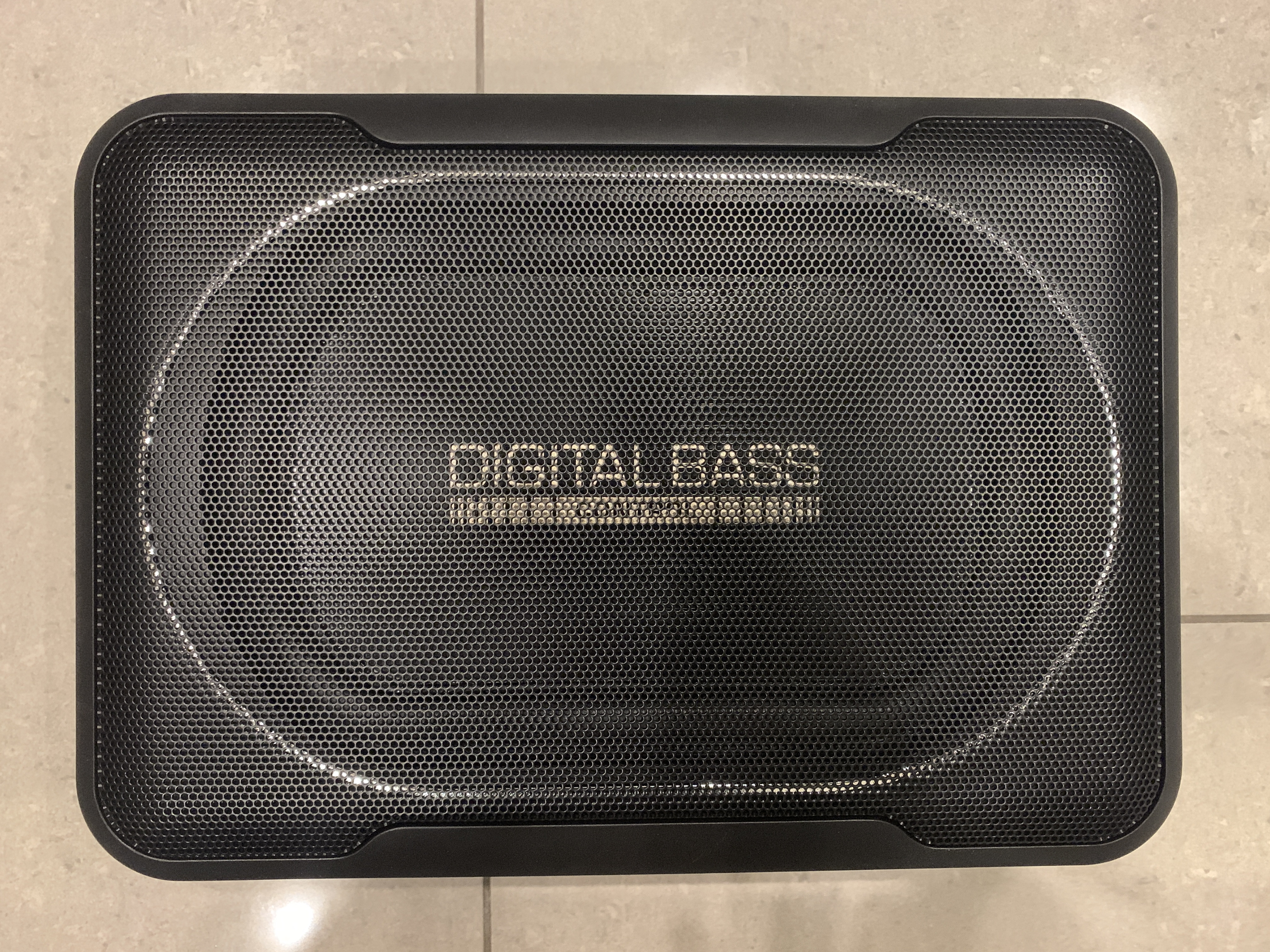 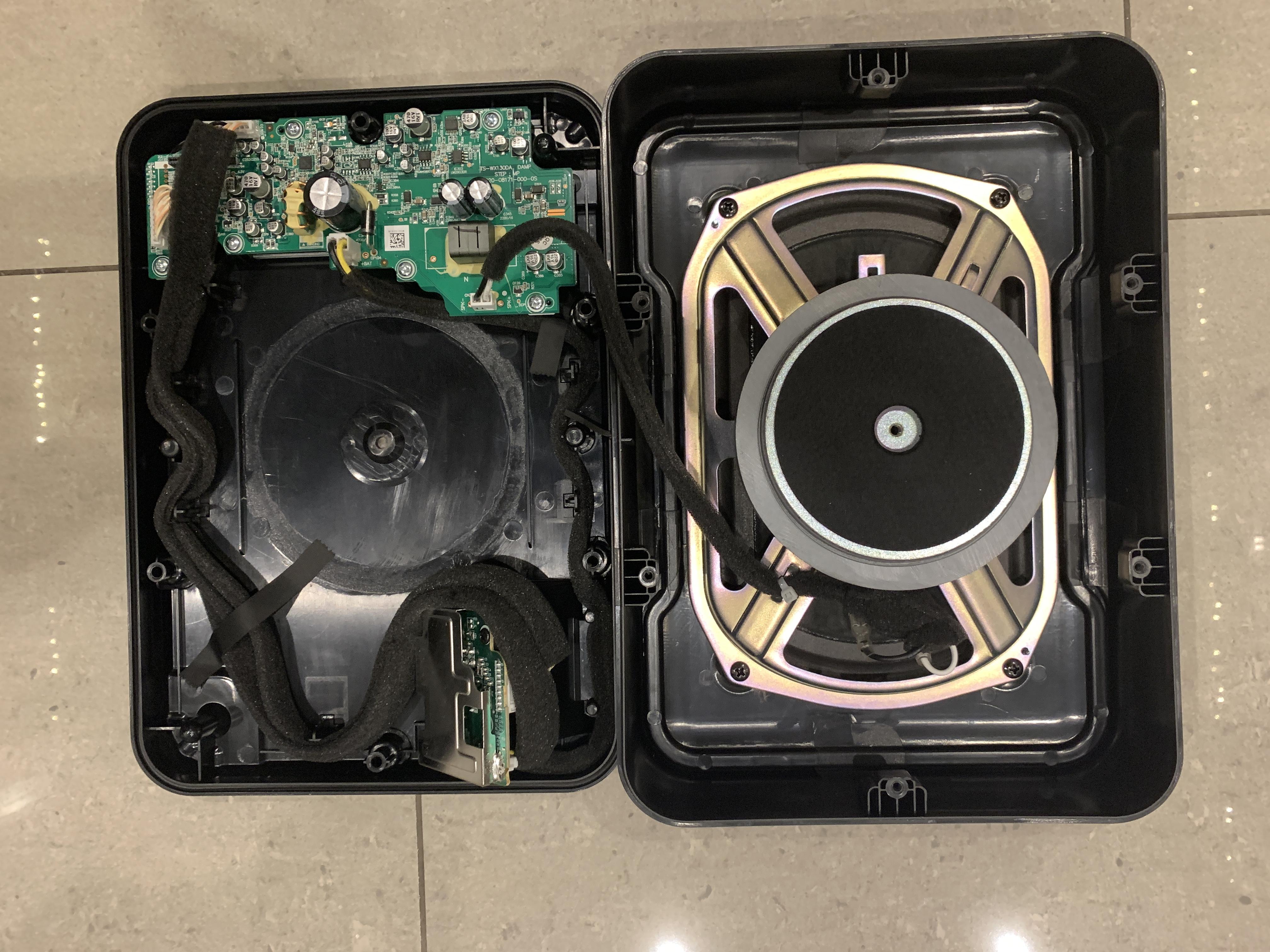 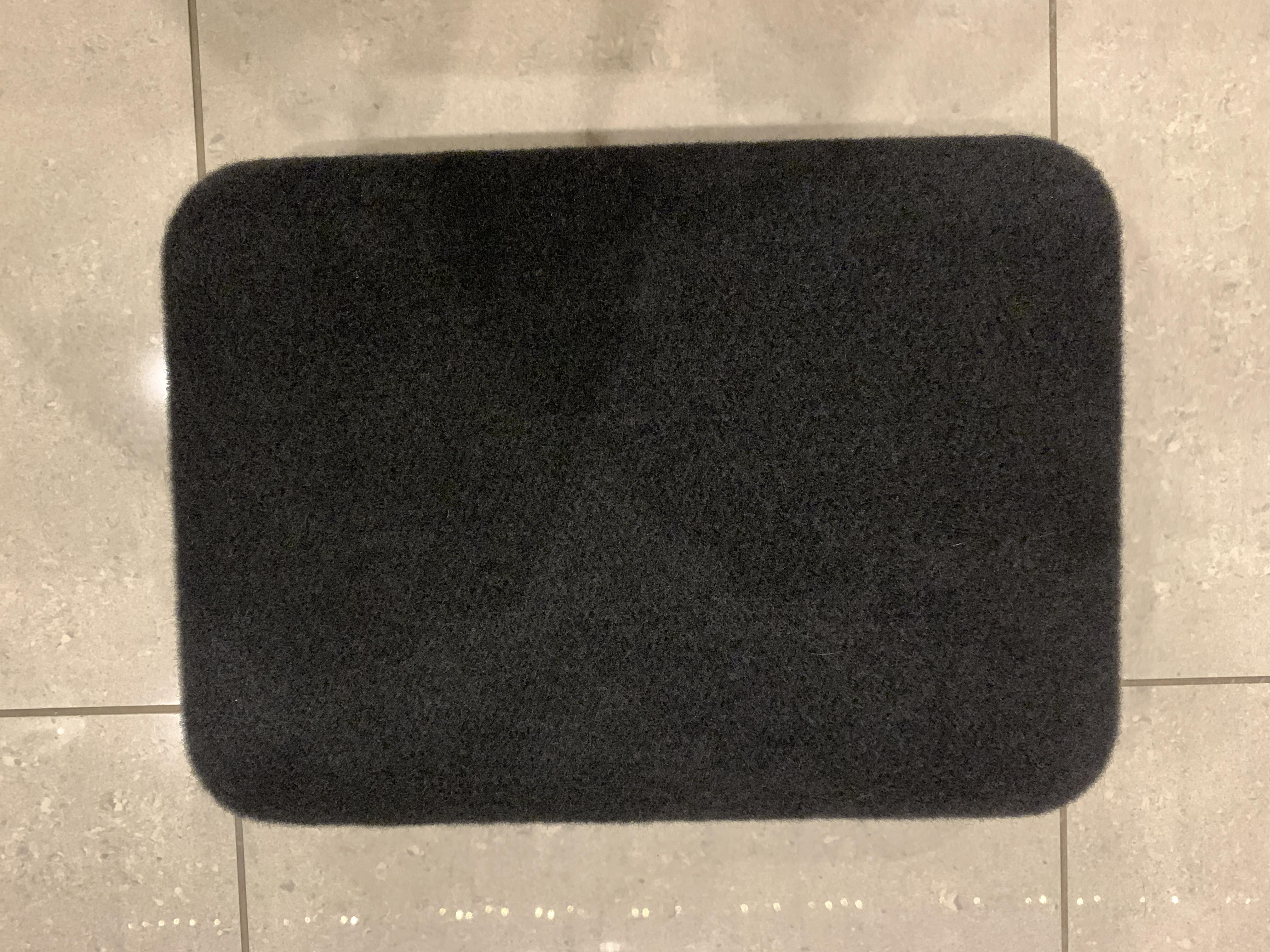 Weight is not much more that the footrest I removed (too short for me, to far away for wife, plus I use the car to escape the world so rarely want a passenger:))
www.instagram.com/constantdetail
Top

The interior door handle had been mounted cack handed after respray, so was hanging off at the front, looked like this - maybe not too many would notice but I keep finding these bits 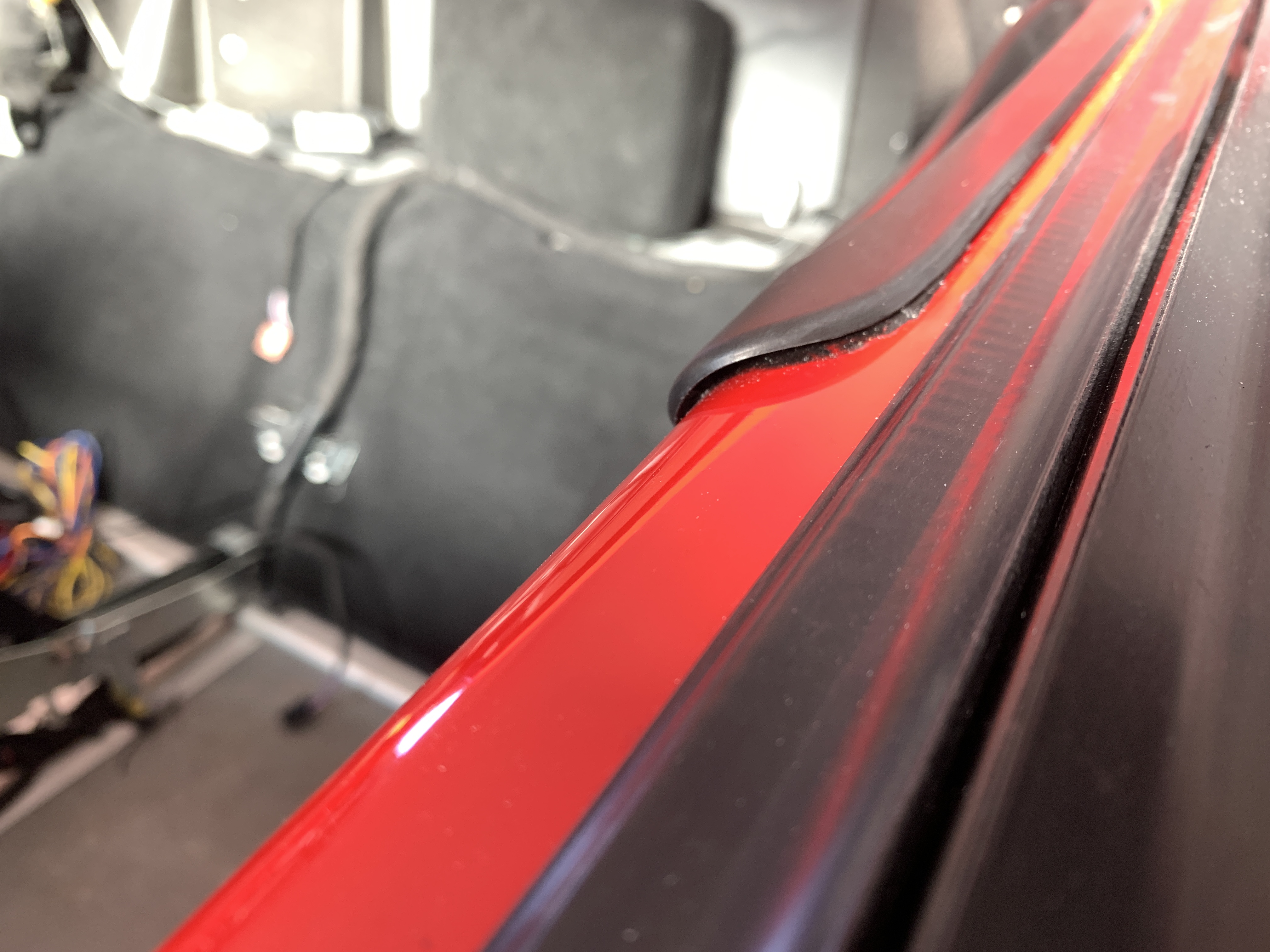 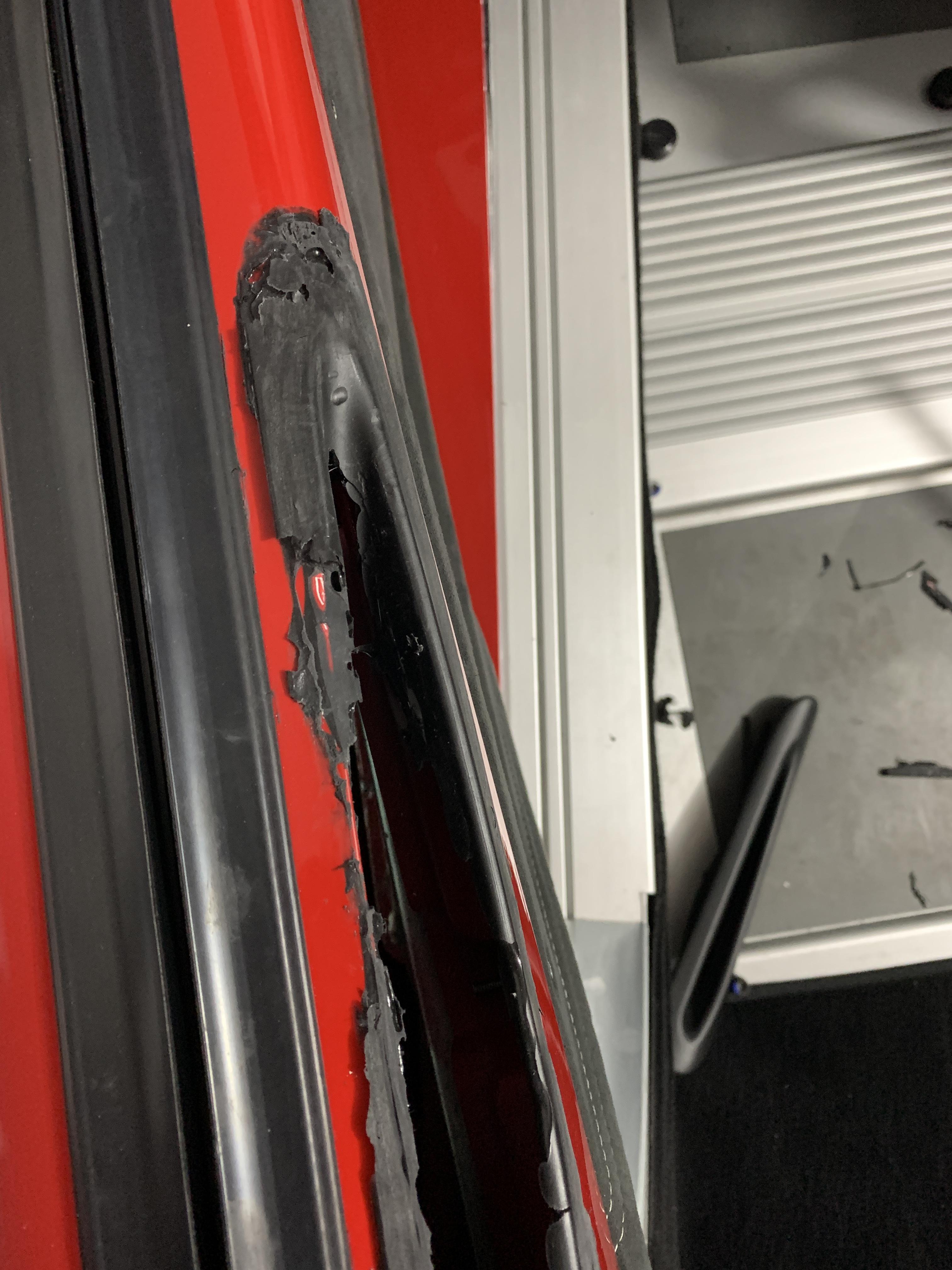 Trimmed it all out and will rebond 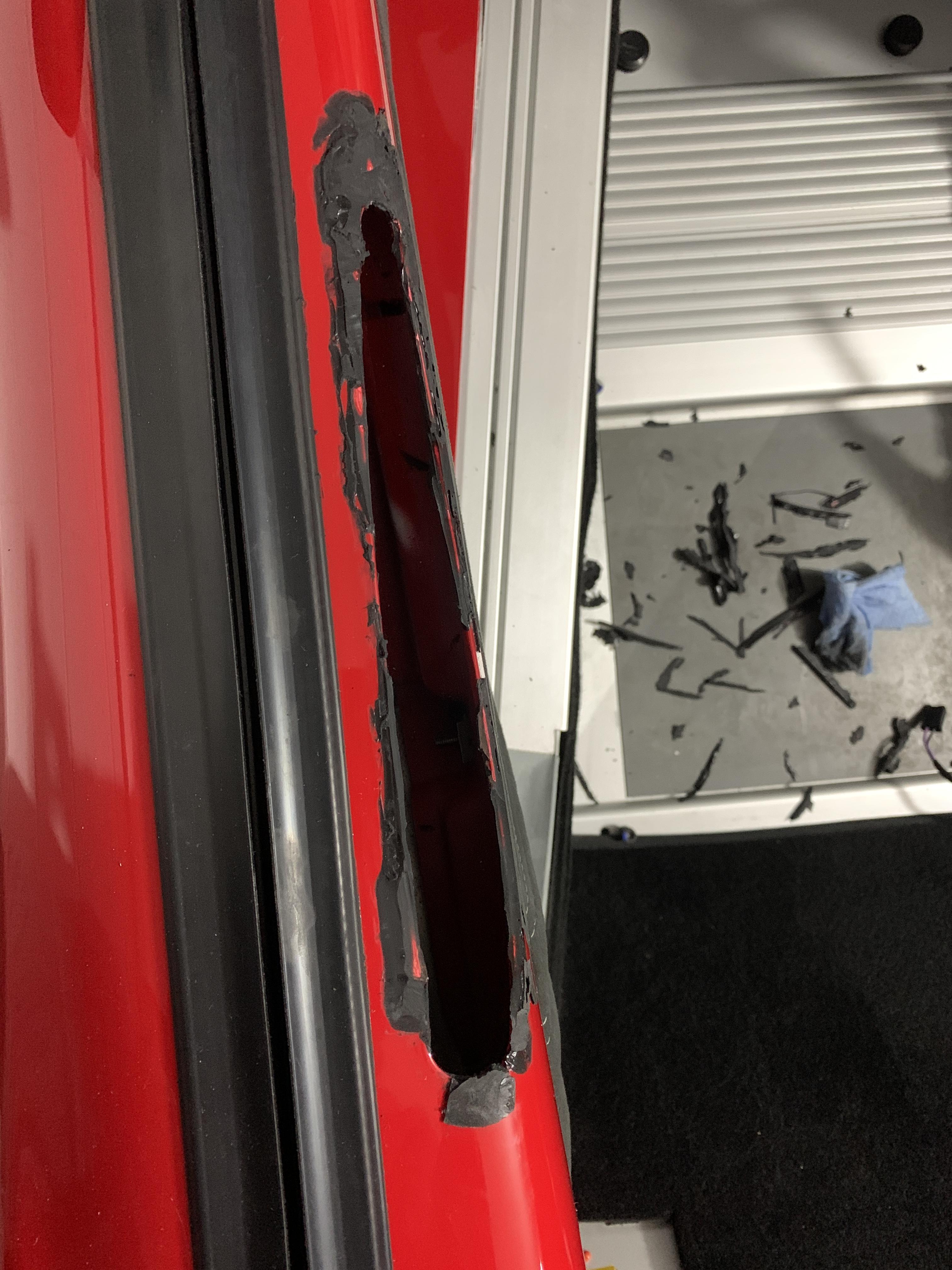 Defects amount to poor denibbing so I can resolve, but I'd hoped to not have to be wetsanding the car - at present it is looking like a couple of spots of wetsanding, removal of those plus bodyshops sanding then pretty much a two stage polish.

Defects are hard to spot and balancing a camera with inspection lights etc makes it hard to photograph as the only chance I get to look at the car is post midnight due to work - if I can't remove I'll document, otherwise I'll just show the wider detail later
www.instagram.com/constantdetail
Top

That's a shame, I think you were clear from day #1 that a perfect job is to be expected with the process you outlined/requested - but I'm also sure they'd put it right if given half the chance. I feel your pain, sometimes it's easier to just suck it up and resolve yourself.
Top

I'm sure they would, but as you say its easier to fix them as you find them especially as it means taking time out in the day which is near impossible these days, get them to look, agree its a problem then come back another day to be resolved etc

I'm constantly debating if I am being a pedant on these odd things or not - I'm sure its way better than it left the factory, its just those final little touches. Its hard to know if I am just looking for faults that aren't material, or if I should be reassured that I can detail my way out of this?
www.instagram.com/constantdetail
Top

I'm trying to be all positive about this