This is where we proud owners can upload information and pictures of our pride-and-joys (their Exige that is..)
Post Reply
852 posts

I also slightly regret suede for mine too!

I should probably clarify that it isn't THAT bad, just feels like I'm ruining it when my hands start secreting, I'm pretty sure that a good clean every few months will keep it fine. For a road car leather is definitely the right choice though

Just tabbing through some old photos, seen one of my rear engine mount - looks like it has a slotted hole so might be an opportunity to loosen it off and raise the engine a smidge to assist in the exhaust clearance. 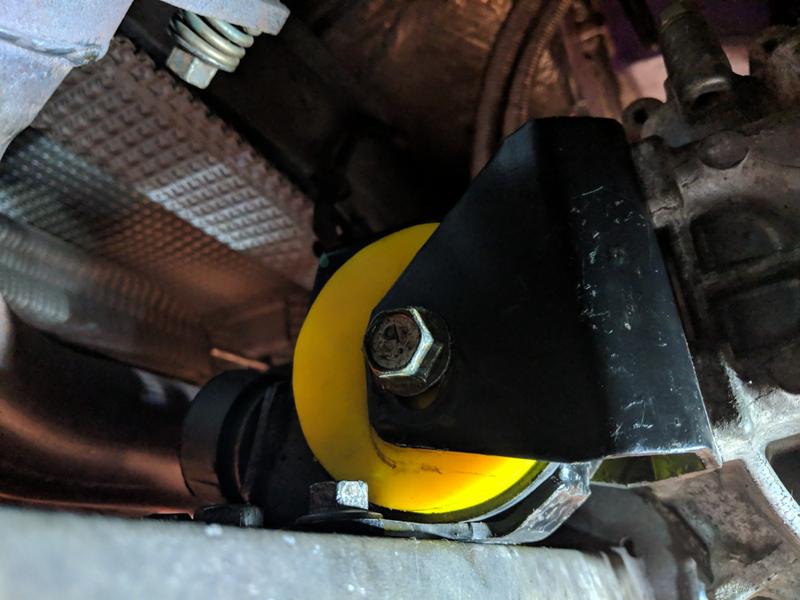 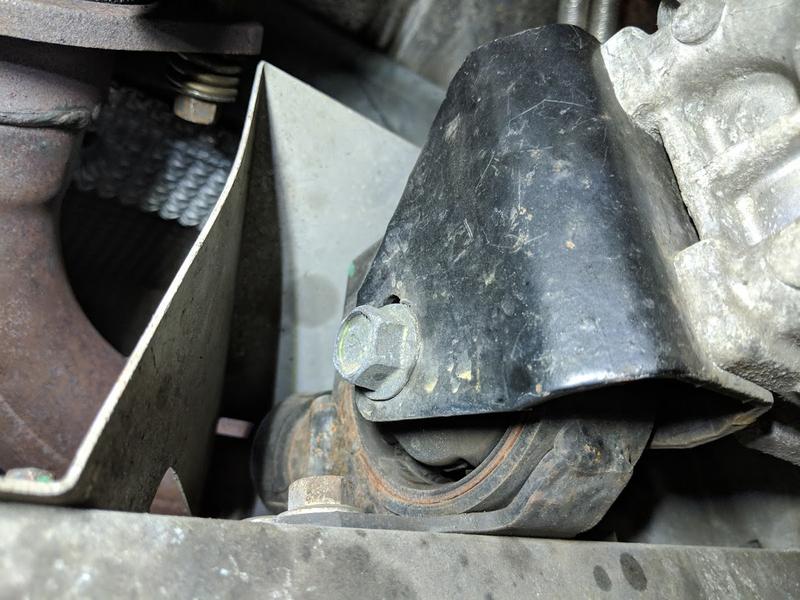 Potentially used to assist driveshaft angle? That’s why I’ve got slotted holes in similar places on the Honda conversion...
Top

Yup I guess so, based on a few photos I can find it seems like it should be in the upper position, and mine's in the lower position. I'm surprised to see a vertical slot like that purely as you're relying a lot on the clamping force of the through-bolt to keep the engine at that position, but it's obviously people smarter than me cobbling these things together!
Top

Exhaust mystery apparently solved, loosened off the engine mount tonight, jacked the engine up a smidge then retorqued - now plenty of clearance. 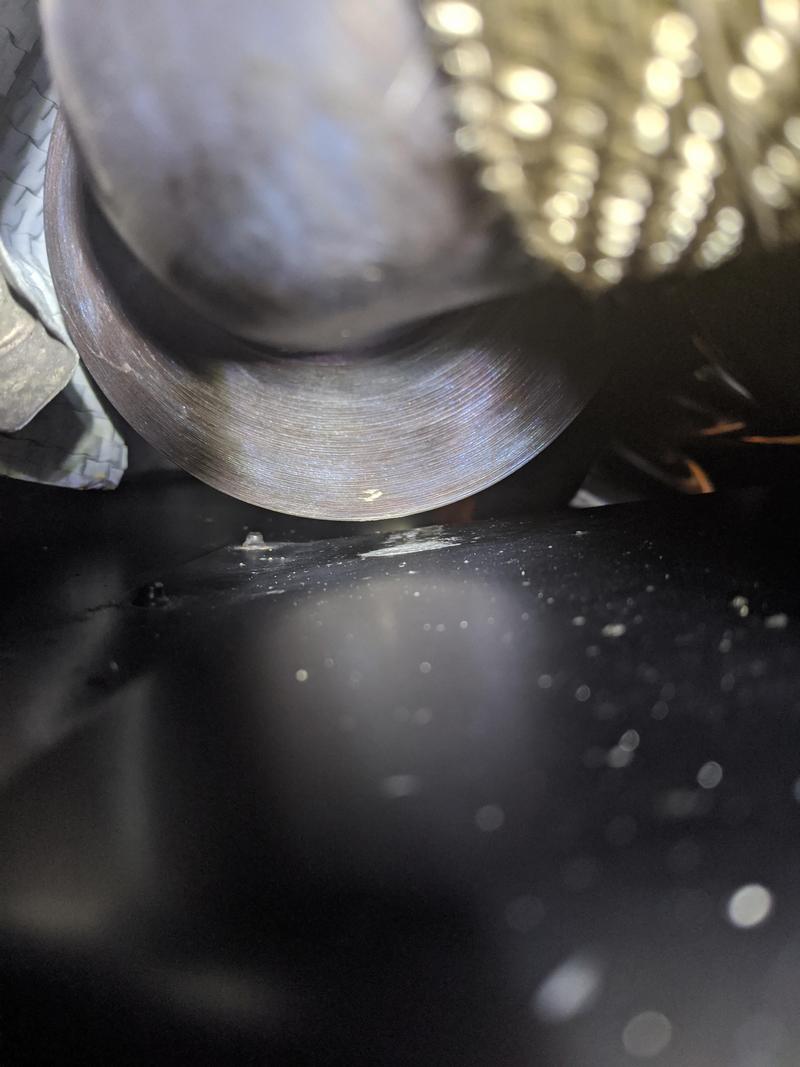 I was in a bit of a trackday smash (as a passenger) a few years ago, was in a modern BMW so very safe and was just in a 3point belt and open face helmet. It was a head-on into a barrier at around 70mph and it hurt a lot... it shook me for quite a while tbh and has given me real issues trusting a car in the wet, even on the road!

After evaluating the damage to the car, my helmet and my back I've been really nervous since adding 4 point belts into my car. Had we had four point harnesses in the BMW I'm sure at least one of us may have been facing lasting injuries and when you see the amount of movement a 3pt belt allows in a smash, it really drives it home just how much a 4pt belt is taking away.

I use 4pt belts in the Exige because I fancy my chances more in a roll-over situation - it's all about compromise but the frontal impact protection with the added weight of a helmet has been niggling at me for a while. Combine that with a new respect for preservation of life since having a baby last October - then it's with regret that I've decided to quit trackdays.

Nah not really, but I have put my hands in my pocket and bought a HANS device. This should really remove the element of compromise from the 4pt belt on track, even if I do look like a bit of a "all the gear, no idea" berk in the meantime. 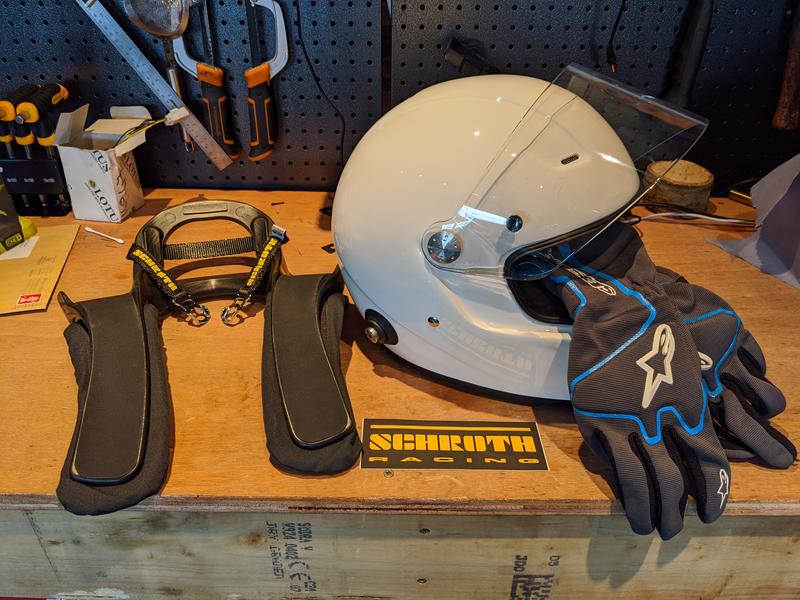 HANS seem to be coming more and more common in the paddock, so hopefully the stigma is wearing off a bit - I don't think I drive anywhere near the limit of my car or myself in most circumstances, but it only takes a mechanical failure or an oil leak from the car in front to put you into a position where you're asking a lot of your seatbelts.
Top

You are quite literally one step ahead of where I am at right now as well.

Ill be interested to see how you get on with the HANS device.
Top

Just fitted 4 point harnesses.
As you, i had a car accident, spending 3 months in hospital, 6 months living under care with my parents due to my head injury and a few hospital visits over the following 5yrs due for the head injury.
My specialist said, if I had a harness rather than a traditional car seatbelt, my injury would have just been considerably less.

I remember going to buy a new race helmet after recovery. The sales assistant asked my budget, I said i wasnt sure, he said "how much is your head worth?". Good point!!!!!!

Like you two, I had an incident in an Elise due to oil (that was a few years ago) and it still makes me cautious to this day. In my Caterham I use 4 point harness, Scroth Hans, side impact bars, fireproof suit etc. I’m not fast but it makes me feel safer. No stigma. Do what you need to do to feel safer.
Top
Post Reply
852 posts